Popularity of Rage Comics is Dwindling on Reddit | The Mary Sue 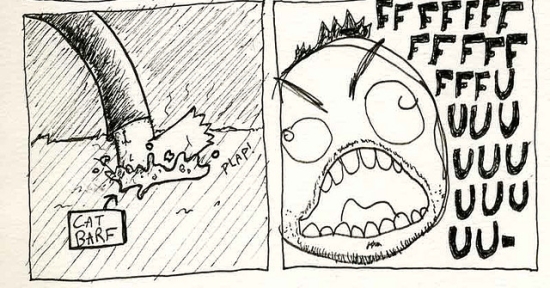 Rage Comics are a lot like that obscure, off-the-radar television series that offered you unadulterated bliss until it got swept up in the vicious current of the mainstream: The humor starts becoming lowbrow, practically everyone and your grandmother is watching it, and the thing you once cherished most is now an unrecognizable abomination catering to the masses instead of its once dedicated niche audience. The Internet community must be sharing this same animosity since a drastic decline in the number of visitors to Reddit’s Rage Comics subreddit has been reported. Given the innumerable amount of poorly drawn comics that were being churned out on a regular basis, we’re really not all that surprised.

The moderator of the Rage Comic subreddit, r/fffffffuuuuuuuuuuuu, indicated that this major decline began sometime between February and December 2012. The number of visitors to the subreddit went down by more than half, 2.2 million to 1 million visits, over a span of 10 months. Individual page views suffered an even more egregious blow when the count went down from 37 million in February of last year to 8 million in December.

There is no concrete reason at this time regarding why the Internet at large would suddenly stop reading comics striving so hard for a shred of comedic relevancy, but likely reasons include that people have finally realized there’s better things one can do with Microsoft Paint and there’s only so many ways you can create a Rage Comic centered around the trials and tribulations of making a sandwich.

(via The Daily Dot, image via bornazombie)