Best Browser-Based Games to Play While at Work 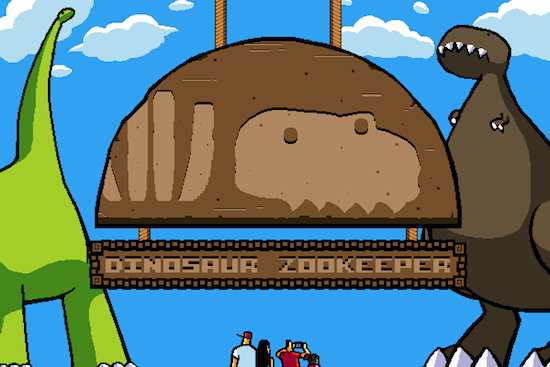 If there’s one thing that geeks are constantly working on figuring out and upgrading, it’s the ability to play a game while at work. Preferably, unnoticed. That’s where browser-based games come into play. Unfortunately, a good browser-based game is hard to come by. Even harder to come by is a good browser-based game that’s also easily concealable and doesn’t require constant attention, which makes things quite a bit more difficult. This is especially true since some of the best browser-based stuff out there involves twitch-based gameplay requiring the player to respond quickly to changing environments, which is not great when the boss strolls by and all of the sudden your game is absolutely over.

So, hopefully, this list will provide a nice variety of things to spend time with when you should actually be working. Also, to curb any potential commentary on the fact that, technically, browser-based games shouldn’t require Flash among other things in order to fit the definition, please see #3 below.

At first glance, a zombie clone (that isn’t regularly updated these days) of that old vampire game doesn’t sound all that appetizing. In fact, a second, third and probably fourth glance are required to really give Urban Dead its due. Once you’re hooked, though, the game can have you continuously coming back for more whether it’s for the horde or something else.

The game’s been around long enough to have a history no matter what part of Malton you’re in. Chances are, if you’re in a mall, there have been a number of noted sieges on the site in the past. Most of these ended with the zombie horde wiping it out, but a small number of sieges are notorious for actually outlasting the horde. For a game that can be played in five minutes every couple hours, the community is the real gem here.

There is no better game to leave entirely unattended for whatever length of time you wish than Kingdom of Loathing. Given that it’s mostly a single-player affair, unless you choose to engage in multiplayer activities, this offbeat RPG sets the bar high for the rest of the games on this list. When you add in the humor evident in just about every pixel, it’s arguably the best one.

But what pushes Kingdom of Loathing over the top is the sheer amount of content. After playing this turn-based stick figure game fairly regularly for nearly seven years, I’ve still not reached the end of what I could accomplish and more content continues getting added. There’s nothing truly like it out there, even though it has its fair share of clones, and is actually somewhat of a clone itself.

Dinosaur Zookeeper is just the latest in a long line of glorious Flash games released over at the Adult Swim website. In reality, just about any of the games there are bizarre or silly enough to take up entire afternoons. Dinosaur Zookeeper happens to be the current flavor of the month for those who enjoy that type of thing.

On top of being simple enough to play, most of the games can be dropped and then picked back up again because it’s not that big a deal if you die or have to start over. Chances are, you were going to start over pretty soon anyway. The majority of games they have are generally unforgiving. Some of the games might not be considered safe for work, however, so you have been warned.

This is the absolute best browser-based tower defense game on the market. And by market, I mean free on the internet. The graphics aren’t anything to write home about, granted, but the towers themselves are intuitive and the board itself is big enough to accommodate a variety of strategies.

It pretty much has everything. There are upgrades that feel satisfying, enemies that aren’t too easy or too hard and a multitude of towers that all have their uses. For an almost mindless game that can be closed or paused at a moment’s notice, you’d be hard-pressed to find a better alternative. If you become skilled enough to set up a decent maze, the game literally almost plays itself.

I know, I know. RuneScape. The game everyone loves to hate. World of Warcraft’s ugly stepbrother. But really, when you get right down to it, there’s a lot of content sitting there ready to explore entirely for free. It might not be the absolute best MMO out there or even sitting near the top, but for a free game that you can play from your browser, there are worse things you could be doing with your time.

In its defense, RuneScape is constantly evolving. The developers are always working on something new and those people who are fans tend to be pretty evangelical about it. Besides that, you can close the window at any point you need to and not feel too bad about it. After all, it’s just RuneScape.

In a way, playing OGame is kind of like playing a game of kick the can; it’s not exactly a great game but it has its charms that seem worthwhile at the time. When it comes down to it, it’s really just a space-sim skinned version of Kings of Chaos or Legends of Elveron. Unlike the latter two, OGame continues to draw me back again and again.

Maybe it’s the fact that you can pretty much complete whatever it is you’re trying to do within a few minutes of time when you’re near the lower rung of things. It could also be that it keeps my interest because, by gosh, you can colonize new planets while forming alliances and all that stuff that makes space so fascinating a place for the imagination. Whatever it is, the game has had me join up countless times over the years to try my hand in a new universe.