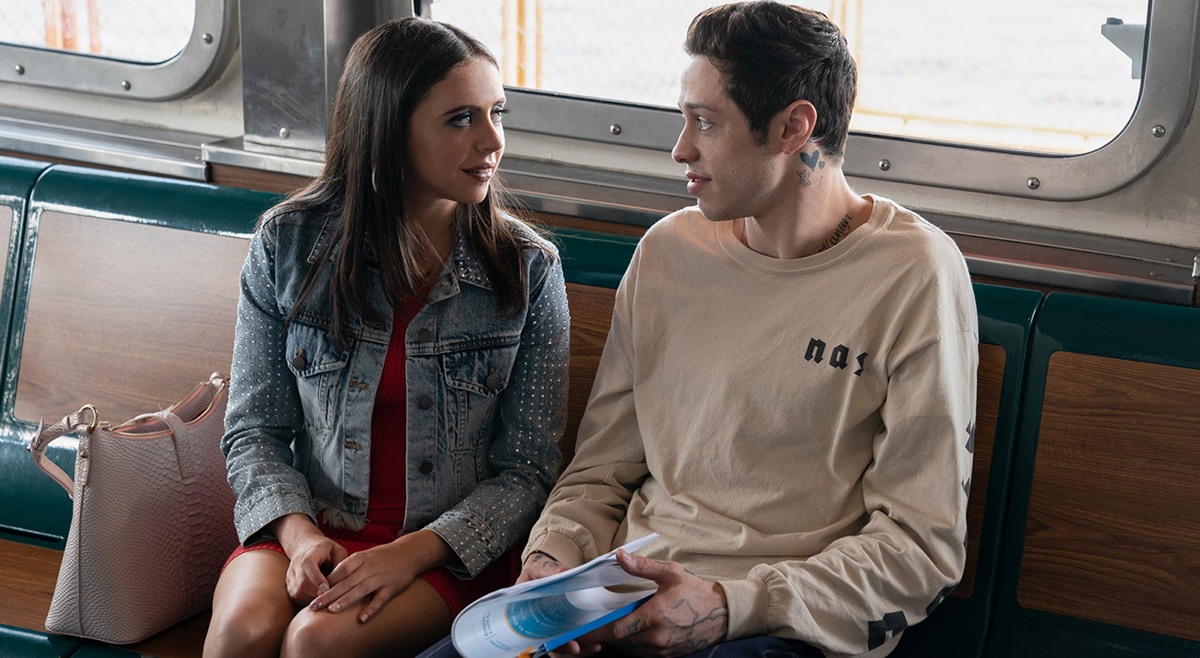 The King of Staten Island turns over a new leaf for both director Judd Apatow and star Pete Davidson. The movie, which is being released digitally, focuses on Scott Carlin (Pete Davidson) and his struggle with life, growing up, and the death of his father when he was younger.

Bel Powley brings to life Kelsey, Scott’s best friend and “fuck buddy” who wants to actually be in a relationship with Scott, and getting to talk to her about the movie brought up some amazing points about the female love interest in movies and how we’re starting to see a change in how that “girlfriend” role is being represented in film.

Note: Due to technical difficulties, the audio from my interview with Bel Powley was lost. However, I do think our conversation was important and would like to share the ideas we talked about surrounding the film and her character of Kelsey.

I brought up the fact that I recently rewatched Notting Hill and hated how inherently sexist it was, and one thing that Powley agreed with me on was the need to change how we view the female counterpart.

For Kelsey, she is a character who has her own hopes and dreams and isn’t beholden to Scott as a character. She’ll willingly just push herself away from him if that’s what needs to be done to prevent their relationship from hindering her dreams and ambitions.

It was lovely to see how excited Powley was about Davidson’s turn in The King of Staten Island. Admitting that she wanted to do the movie to get to work with Apatow and how she was already good friends with Davidson, it was nothing but praise for her friend and telling his story.

Powley’s excitement for working with Apatow comes not only from her being a fan (as she put it) but also because of his work and how The King of Staten Island is different from what we’ve seen from him before. I agree; it isn’t as light-hearted as his other films, but it still has that Apatow flare that has you laughing and crying at the same time.

Much of the movie is somewhat autobiographical. Davidson’s own father died serving as a firefighter during 9/11 and was last seen running into a building prior to its collapse. In the film, Carlin’s father died in a fire in Staten Island, but the family situation is not that far off from what we know of Davidson’s. His younger sister (who was born in 1999) is played by Maude Apatow in the movie and drives home the fact that her life was spent worrying about her brother, but Scott also points out that he remembers their father.

It’s a beautiful look at Davidson and one that many of us haven’t seen before. Powley was very clearly proud of her friend and the film, and it is wonderful to see her talking about how Kelsey is the change we need to start to see in our romantic leads. I can’t wait to see what Bel Powley does next!

You can rent The King of Staten Island on VOD on Friday, June 12th.