Red Robin Wants to Serve You a Beer Milkshake for Oktoberfest 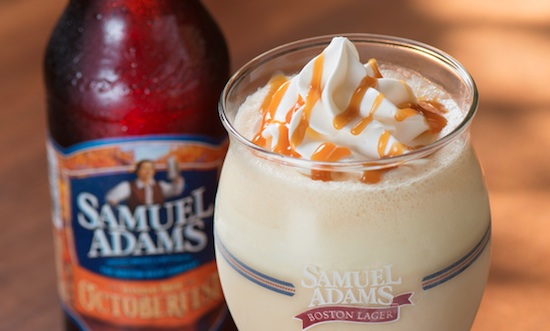 Many have been the times when we here at Geekosystem have found ourselves longing for something that combines our twin love affairs of beer and milkshakes. Thanks to the wise folks at Red Robin, that day has arrived, no doubt to be followed by the day we gain 300 pounds.  The restaurant chain’s recipe for Octoberfest is as follows: mix vanilla soft serve ice cream, caramel, vanilla syrup, and Sam Adams Octoberfest beer. Shake well, drink, and repeat. Right up until your eyes glaze over and you drop onto the table with one last big, sloppy grin on your face, but those are the breaks, and sometimes you can’t change fate. It’s Oktoberfest, Jake.

Now, we’re well aware that this right here is some dangerous territory. The combination of beer and milkshake is plenty calorie packed as is, and we have no doubt you could feed more than a few villages in the developing world on one of these alone for weeks, but you also have to remember that at least one of those shakes — shut up, you know you’re having more than one — is basically going to be a sweet, boozy dipping sauce for an order of bottomless fries. Roll that one around in your head. Beer, milkshake, bottomless fries. You may as well sit down at the table and say, “Yeah, can I get the Type 2 diabetes?”

That doesn’t matter right now. You’ve got the rest of the year to count calories — take Oktoberfest off. Thanksgiving and Christmas too, of course. In fact, you may just want to devote the next couple of months to just not thinking about what’s going in your body. Think of the great motivator it will be when you wake up on New Year’s and can’t move under your own power!

What we’re saying is, anything worth doing has some risk associated with it. That’s life. So rather than dwell on the hole a team of construction workers will inevitably have to punch in the nearest Red Robin location to wheel us out in a forklift, we’re just going to concentrate on the fact that the mixologists of Red Robin have finally conceived of a way to turn the phrase “beer shakes” into a positive thing.

There are literally not enough medals in the world to properly laud this achievement in the gastronomic sciences.