Cartoon Hangover’s Bee and Puppycat Gets A Kickstarter Campaign

If you give $10, they'll get you some ice for your crotch! 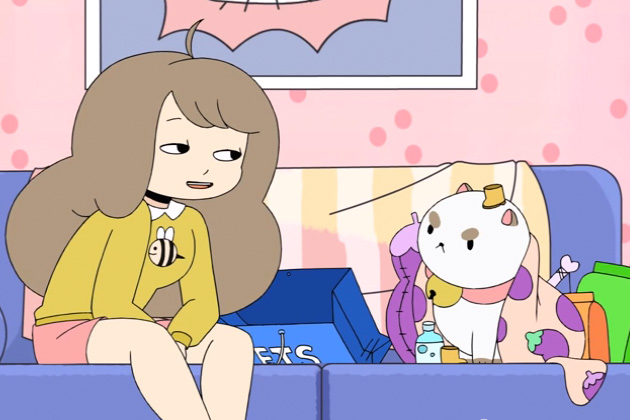 If you haven’t seen the first two quick episodes of Bee and Puppycat on the Cartoon Hangover Youtube channel, then you’re definitely missing out. Go and do that right now. Are you back? Cool. Now that you clearly want more, you should know that Frederator Studios is putting on a Kickstarter campaign to make more episodes.

Created by Adventure Time crew member Natasha Allegri, Bee and Puppycat uses common tropes found in magical girl animes to tell the story of Bee, an out-of-work 20-something who goes on supernatural temp-jobs as assigned to her by her vocaloid-voiced animal companion, Puppycat. The first ten minutes of animated have been viewed over 4 million times since the first episode was released in July, and for good reason, because this show is awesome. Now Frederator and Cartoon Hangover want to make more episodes to release online, but to do that they need the help of the Internet at large.

As of writing the campaign has already raised $176,647 of its intended $600,000 goal, and seeing as it was only launched today, it’s a fairly safe bet that we’ll be getting more Bee and Puppycat out of this Kickstarter eventually. However, there are some pretty great rewards that you can snag for yourself if you contribute early, including signed prints from Allegri and an exclusive t-shirt, so you should get in there now and throw Puppycat a couple of bucks. You never know, after all — it could be your twenty that makes the difference.

Check out the Kickstarter video below. It’s seriously adorable, guys.

And if you still haven’t seen Bee and Puppycat yet, you can also watch the first two episodes cut into one video for maximum awesomeness.