How to Braid Your (Long) Hair into a Gimli Beard 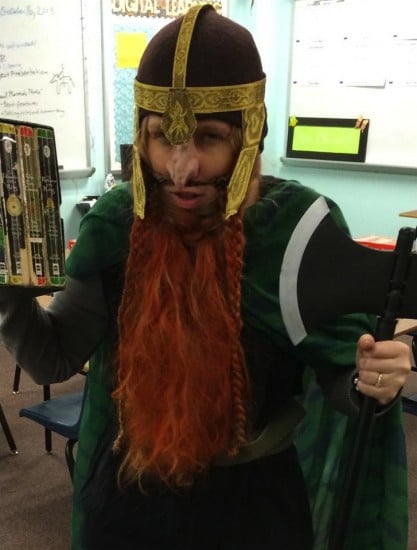 Middle school English teacher Marcella Clinard used this costume to threaten her students with a good axing if they didn’t read The Lord of the Rings. And she’s willing to tell other people who are long of hair and short of beard how to do the same.

Previously in How To