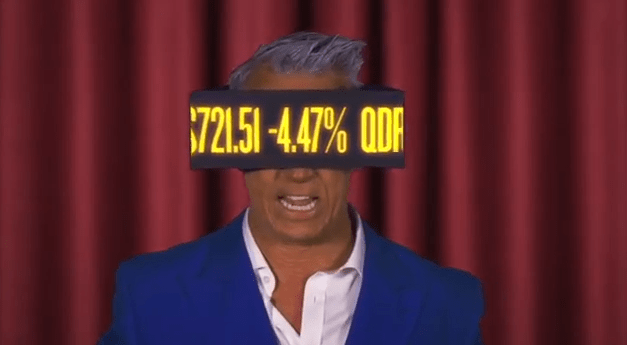 One thing’s for sure after all the fallout from the Pronunciation Books reveal — it wasn’t Battlestar Galactica like that Daily Dot reporter Gaby Dunn thought it would be. Except here’s the thing: Dunn knew all along that Jason Bakkila was behind the project, and he created really awful, really elaborate lies to keep her from reporting it.

According to Dunn, once she’d tracked down Bakkila and asked him to comment on his involvement with the Youtube account, he literally broke down crying and begged her not to release any information she’d discovered. Over the course of the next few months, he also told her that he and Thomas Bender were being backed by a big-name company and had invested $40,000 of their own money into the project; then he claimed that the company had mysteriously dropped out two weeks before he was scheduled to meet with Daily Dot staff members to discuss things, and that he’d had to create a new conclusion for the PB countdown on the fly.

Which, of course, isn’t what happened at all. Instead Bear Stearns Bravo launched as it was intended — not a big-name franchise tie-in but an ARG, which Bakkila had previously denied was going to happen. Even worse, the game itself stars many of Dunn’s friends in the New York comedy scene, who presumably had all been instructed to lie to her about their involvement as well.

Dunn recounts the entire ordeal on her personal Tumblr, summing it up like this:

The best part is they cried to me about hurting their careers and appealed to me not to get them sued or laughed at by the Internet, telling me to have empathy for them, and then coldly did exactly what I protected them from, to me. I took pity on them after ruthless emotional manipulation involving friends of mine that I’ve known for years, who were in on it.

The cold, calculated, and cruel (with no remorse, not even a quick email to explain/apologize or to say, hey this was just a fun project, sorry we had to burn you even though we have friends in common, no hard feelings) way they regarded me and handled this gives me chills. These are not good people having fun with a game.

Dunn also returned to the new On The Media podcast, TLDR, to talk about the experience: “It was more than just a source lying where you can check it out. It was a source lying that then had all of your friends lying to you. […] I wanted to be a person before a journalist, and that was apparently a mistake.” It’s worth a listen just to hear how spooked and upset she clearly is about everything that’s gone down.

On the one hand, it’s understandable to a certain extent that Bakkila would be spooked by the idea of getting outed before the big reveal. Part of the appeal behind the 77-day countdown was the mystery, after all — if we find out before we’re supposed to, it’s just not as fun to complain about afterward.

On the other hand, weaving incredibly elaborate sob story — complete with actual tears — just to manipulate a stranger (yes, a reporter with a considerable amount of power to ruin that surprise, but one who’s still a person all the same) into doing what you want, and then never apologizing for it? That’s pretty messed up, especially when you consider that Dunn seems like the type of person who probably wouldn’t have wanted to ruin the surprise early if she’d been told the actual truth.

Bear Stearns Bravo’s first installment is available for free on their website, but also has a deeper level that requires a credit card and $7 to access. Dunn has publicly asked her readers not to support the project any further, which we might just take her up on. After all, they did kill our favorite surreal Twitter feed in the process. Poor horse_ebooks.