Batwoman #1 Has A Publication Date Again 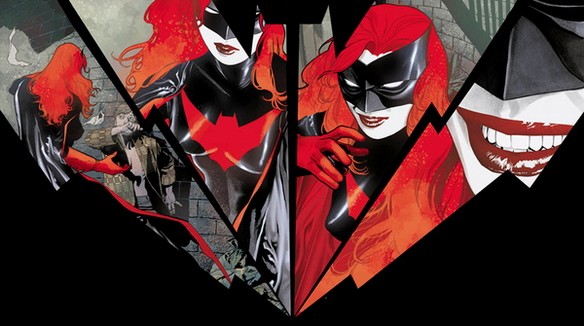 For almost a month, the Batwoman ongoing series has been in publishing limbo: it was announced a year ago, it had been teased last November and previewed again last month, it had been delayed once already… and then it was pulled from future shelves without so much as an explanation or a replacement date until now.

Well, now we have a month: September, as mentioned by Amy Reeder, one of the artists working on the series, at WonderCon this weekend. As for exactly why the book has been delayed nine months past its original pub date, DC is still leaving that up to speculation.

DC Co-Publisher Dan Didio has vaguely mentioned that Batwoman was delayed to “give it big push,” which is an odd thing to say about a series that’s been in the works for a year, and for which the marketing waves had already begun.

DC Women Kicking Ass, as always, has an informed take.

Perhaps DC thought the book might be overshadowed by Flashpoint? Could be but one has to ask why they didn’t think of this before? As I pointed out last week, Flashpoint has been in the planning stages since before last Spring. And  it was scheduled well before Batwoman started being solicited and resolicted. They could have easily moved the book to September in November or when the book was first delayed in February. That makes me wonder if there was another series that pushed their hand on delaying the book. I wonder if the Retro-Active series, announced at WonderCon, had anything to do with it? That series seems to have come together much quicker than Flashpoint. And it makes more sense. The out-of-continuity series timed to appear with Flashpoint, will limit the comic base’s budget for comics.

Flashpoint is DC’s big maxi-series plot line for the summer, a story where the Flash finds the DC universe suddenly changed, and is the only one who remembers it being any different.  The story will spread out over at least 53 different issues involving non-canonical Elseworld stories about a Bruce Wayne who runs Wayne casinos instead of being Batman, a Hal Jordan who never got a Green Lantern Ring, and a Cyborg who’s the greatest hero the world has ever known instead of a Superman. Retro-Active is a loosely affiliated series of stories where they will reunite some of their older talent with their characters and story lines that were most beloved by fans.

So Batwoman fans will still get a historic series for their character, they’ll just have to wait for DC to get the yearly maxi-series and a blatant tug on fan nostalgia heartstrings out of its system first.