Batwoman Actually Gets to Be a Lesbian Openly in New Animated Film Batman: Bad Blood 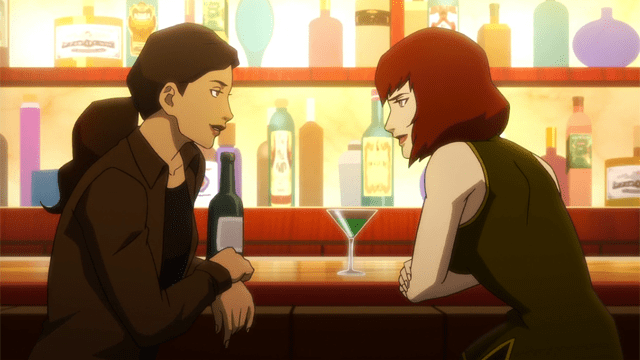 DC hasn’t always done right by Kate Kane. However, it seems that—at least in DC Universe Animated Original Movies—they are attempting to remedy that by actually having Batwoman live life as a lesbian, you know, happily.

Sure, Batwoman came out in 2006, then became the lead of Detective Comics in 2009, but Kate was never allowed to marry her long-time love interest, Detective Maggie Sawyer of the GCPD. Now, this was happening across all of DC’s New 52 titles—because, apparently, marriage = death, or something—but it was especially harmful for Batwoman, because she was actually in a fulfilling relationship that was a positive representation for the LGBTQ+ community. Soon, the title would fail altogether, due in no small part to storylines like this.

However, DC seems to be coming to its senses, and recognizing the importance of seeing all-ages, positive representations of LGBTQ+ relationships in the new DCUAOM, Batman: Bad Blood. As her story unfolds, her sexuality is treated like no big deal.

In Bad Blood, Kate goes to a gay bar and flirts with Renee Montoya; she chats with her worried father about how he just wants her to find a good girl and settle down; she jokes with Dick about how it took her a long time to figure out women, too. And at the end of the film, she’s the only character whose happy ending includes a romantic interest.

That’s a thrilling breath of fresh air after what’s been done to the character in the comics. Here’s hoping that we see more of that treatment of the character throughout her appearances in the comics. Who knows? If Bad Blood is well-received, it might encourage DC to bring Batwoman back in her own title!

Will you be checking out Batman: Bad Blood? Have you already? Tell us what you think in the comments!