DC’s DCnU kicks off tomorrow, and it seems like only yesterday we were getting the first details of it, gingerly leaked by a DC Comics that was seemingly uncomfortable with digital marketing strategy and unprepared for the intense fan backlash regarding some differing notions of diversity, continuity, and character.

But unless you’re picking up a copy of Justice League #1, your DCnU doesn’t start tomorrow. Mine doesn’t start until next Wednesday, when I’ll be picking up Batgirl, Detective Comics and Stormwatch, for starters. And while I’m really excited to see Apollo and Midnighter back in action, there’s one more badass (and coincidentally gay) superhero in the DCnU that I can endorse even more heartily: Batwoman, whose title starts up in the middle of September and who The Advocate previewed and showcased yesterday.

If you haven’t read Elegy, the Detective Comics story arc in which Kate Kane’s origin story was detailed and her first solo adventures were created by Greg Rucka and J.H.Williams III, you’re missing out on probably some of the best storytelling to come out of Grant Morrison’s alterations to the Batman continuity (which I’m, uh, not much of a fan of). It took Kate Kane from a flat second stringer who was an utterly boring headline grabbing concept from 52 (lesbian Batwoman? Scandalous!) and made her one of the most asskicking, rounded, and independent gay characters in modern geek fandom. 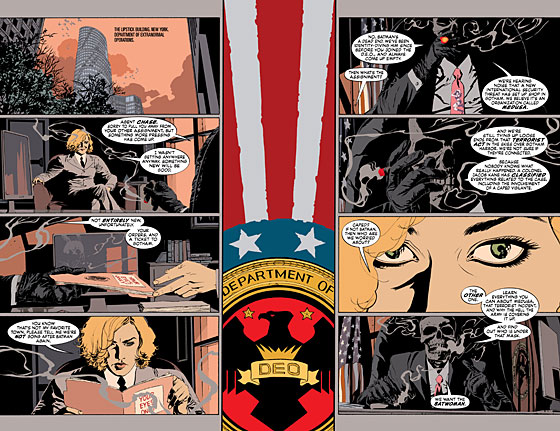 Now, Greg Rucka, the writer behind Elegy, is no longer at DC. But J.H.Williams III is now the primary writer on the series, and from everything I’ve heard him say about the series, I have faith that even if he doesn’t have Rucka’s writing chops (no slight to Williams, it’s just that Rucka is in my top three favorite Batman writers), he understands how to keep Kate a strong character who is lesbian rather than a strong lesbian who is a character.

Furthermore, unlike many of the titles in the DCnU, Batwoman was not created for the reboot. The comic was originally planned to begin its run this February, was bumped to May, and then indefinitely put on hold until Amy Reeder, one of the artists on the title, let slip that it would be published in September. It’s pretty clear that DC would have gotten the book out earlier if it could have (a la The Dark Knight, a title whose numbering is being reset for the reboot despite only having five issues to its name) and decided that it would push the title with the DCnU instead. 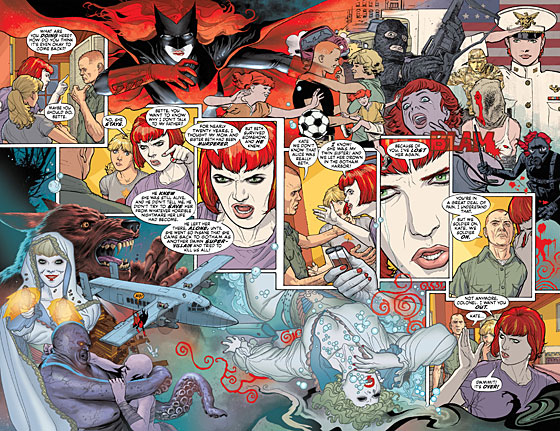 What this indicates to me is that Batwoman #1 is likely to be delightfully unconcerned with the specifics of reboot continuity and might be able to get away with just, you know, telling a story instead of explicating a brand new universe to its readers. Of the titles I’ll be picking up next month, some because I’m honestly interested in them, some because I’m curious to see whether I’ll be other than completely bored by them, Batwoman is the comic that I am most confident that I will enjoy.

I encourage you to take that endorsement and do with it what you will. Man, I need to reorganize my longboxes this weekend.