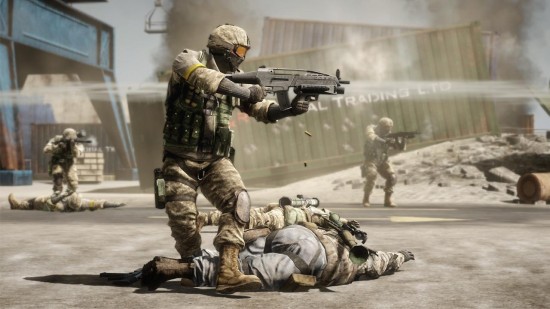 When the name Battlefield: Bad Company is uttered, it certainly doesn’t bring to mind an hour long mix of action and comedy television. This is apparently not the case with Fox, however. Electronic Arts is milking the franchise for as much as they can get. The show, simply titled Bad Company, will be written by John Eisendrath and star the characters from the video game. At least there’s that.

Written by Eisendrath, Bad Company features the main characters from the game. It follows four renegade soldiers as they exit military life and enter the private sector. But trouble is never far behind as they realize their commanding officer had used them to further the ends of a shadow unit within the government and now wants them dead to cover his tracks.

It that sounds horrifically generic, that’s okay; you’re not the only one that thinks so. Much like everything else that people actually hate but executives believe will do amazingly well, Bad Company is almost certainly going to see the light of day. We just aren’t that lucky.