Grant Morrison Is Giving Batman His Yellow Oval Back 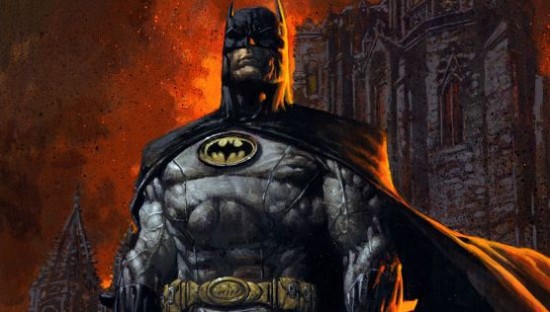 Hey everyone, get excited and possibly overanalyze this! Grant Morrison‘s Batman, Inc. series, which launches in October, will put the yellow oval back onto Batman’s costume.

GB: You’ve made a change to the costume. The yellow circle is back around the chest symbol. Fans can obsess about costume tweaks…

GM: Except, as we all know, all the costumes have been in constant change…. You look at the difference between the costume tights that Adam West wore and the gay disco armor that was in “Batman Forever” compared to the modern, militaristic thing that Christopher Nolan does. They are all completely different but they are all instantly recognizable as Batman.

A yellow oval behind Batman’s insignia is generally seen as a reference or homage to the Silver Age Batman, and there has been a correlation in recent years between no-oval an more gritty, down-to-earth stories, a la Batman: Year One. We’ll have to see what this says about the direction Morrison plans on taking the series.