Why Didn’t They Make Batman Riding a Robot T-rex Toys When I Was a Kid?

Not that age is a thing which would stop me from purchasing it... 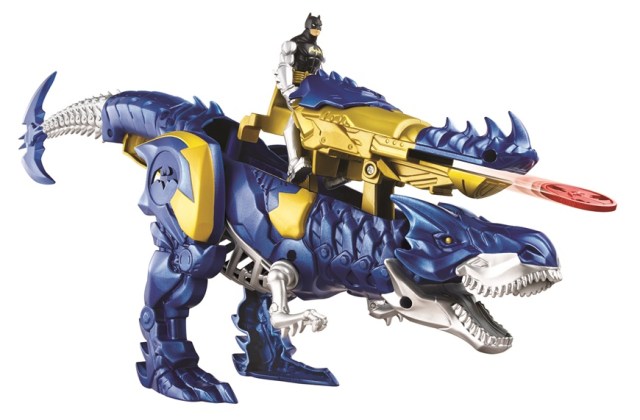 Excuse me, “Batman riding a robot T-rex which is also a jail for bad guys toys.”

Batman’s no stranger to Tyrannosaurus rex, but this may be a new one for the Caped Crusader. No, it’s not the one from the Batcave, this is CybeRex. And yes, it has a jail hidden in its belly.

Toy Fair has already brought us a lot of new goodies but Batman Unlimited: Animal Instincts quite possibly takes the cake. Mattel is responsible for the line, which was created to spawn an animated movie. Probably. Toys and animated shows/features are like intrinsically linked for all of time. Anyway, here’s a trailer for that, out May 12th.