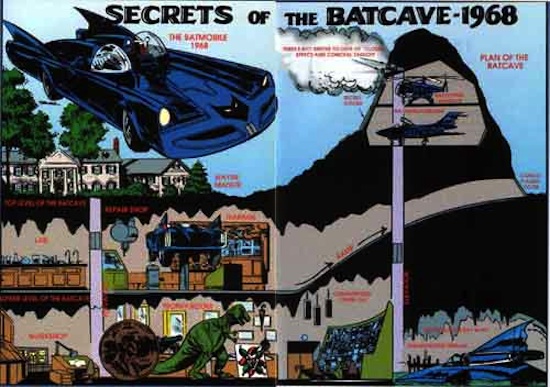 Bats are in bad shape, America. A fungal disease, white nose syndrome, is wiping our nests of the furry flyers from sea to shining sea, and all efforts to contain it have been met with failure. The wonderfully well-intentioned hippies at The Nature Conservancy are pulling out all the stops to stem the tide of the disease, though, crafting the world’s first artificial bat cave as what they hope will be a sanctuary against the deadly epidemic. The high-tech lab and crime fighting hot rod are, as always, sold separately.

The hope is that by attracting bats to the created cave in the Tennessee foothills, volunteers will be able to regularly clean the bats’ surroundings and prevent the fungus that causes white nose syndrome from spreading. While it may not seem a concern to most folks — after all, many of us have never even seen bats — the animals serve a vital role as insect control in many ecosystems, dinging on thousands of pests like gnats and mosquitoes every night.

The cave, which is about the size of a mobile home, ran to a total cost of just $300,000, which is pretty impressive. We wouldn’t imagine $300,000 would even cover the life-size robotic T-Rex we take to be standard equipment for all bat caves. Also, it means if the plan works, it’s not prohibitively expensive to build other new caves, though we suspect that finding enough noble volunteers willing to slop out more than one of these may pose a problem.