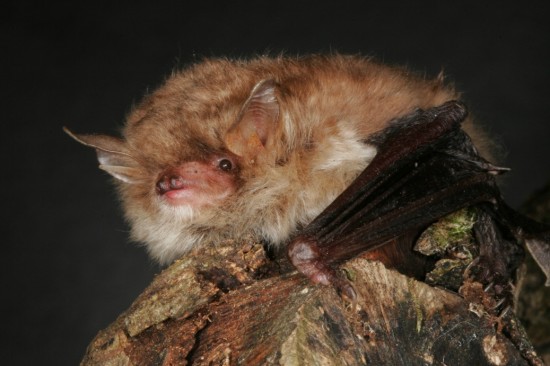 Stefan Greif from the Max Planck Institute for Ornithology and team discovered that Natterer’s bats listen for the sound of copulating flies to locate and eat them. Apparently, the bats can hear the buzzing noise emitted by male flies while mating, alerting them to the narrow window of opportunity to score a double meal.

The experiment was conducted in a cowshed near Marburg, Germany, where bats are known to feed on the flies inside. Now, we know bats hunt using echolocation, listening to the echoes of their high-pitched calls to see the world around them. What we didn’t know was how the bats were finding the flies when the rough cowshed ceiling was disrupting the echoes and shielding the flies.

The team watched videos of almost 9,000 flies in the cowshed for four years. None of the flies were ever attacked when they were just walking on the ceiling, but 25% of mating pairs were attacked and the bats managed to eat both of them half the time.

Greif wanted to know what’s giving the flies away, so he stuck two dead flies on the ceiling thusly: 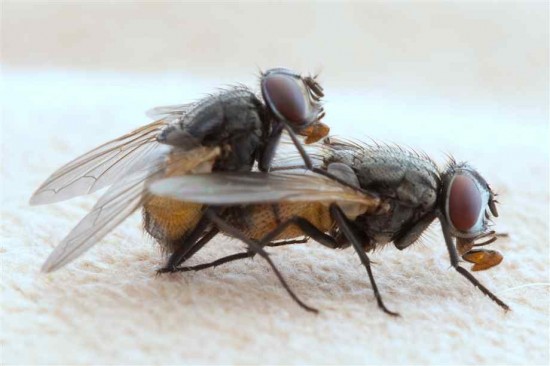 The bats never attacked that, so the larger silhouette must have had little impact on the bats’ echolocation.

Greif then played recordings of mating flies, and by gods did the speaker get a thrashing. Apparently, the male fly flutters his wings during sex, releasing a stream of high-pitched clicks that must have ticked off some bat, so it proceeded to hunt them down and eat them.

So if you ever find yourself disturbed by enthusiastic lovemaking, just wait until the involved parties are done, and sometime the next day, show them this article. Perhaps they’ll get the hint, perhaps they’ll start wondering if you play sounds of cows having at it before you have your steak.