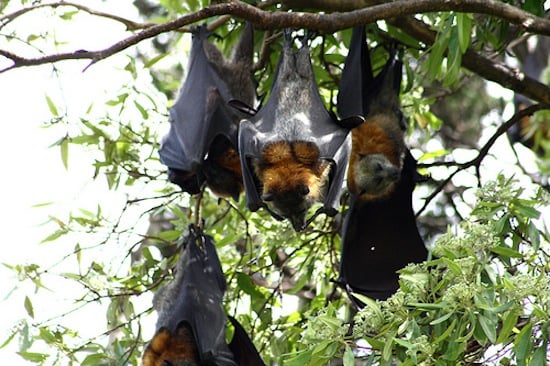 Earlier today, we brought you news of a sea lion that dances along to Backstreet Boys. This evening brings more news of animals partaking in an activity once thought to be the sole dominion of enlightened animals like us humans: Oral sex. Analysis of a colony of flying foxes in India found that males of the species perform oral sex on females. Yup, you read that right.

Researchers suggest that the male bats go down on their partners for pretty much the same reason anyone else does — to spice things up in bed and keep their partners around longer. That’s according to a recent study by researchers from the University of Regina in Saskatchewan, Canada.

Naturally, this series of events came as something of a surprise to researchers. After all, as they say in the introduction to the paper, “Apart from humans, oral sex as foreplay prior to copulation is uncommon in mammals.” Though it should be pointed out, it’s uncommon in a pretty depressing number of humans, too, am I right, folks?

One of the very few other animal species in the world known to engage in oral sex is the greater short-nosed fruit bat, Cynopterus sphinx, a species in which females perform oral sex on males prior to mating.