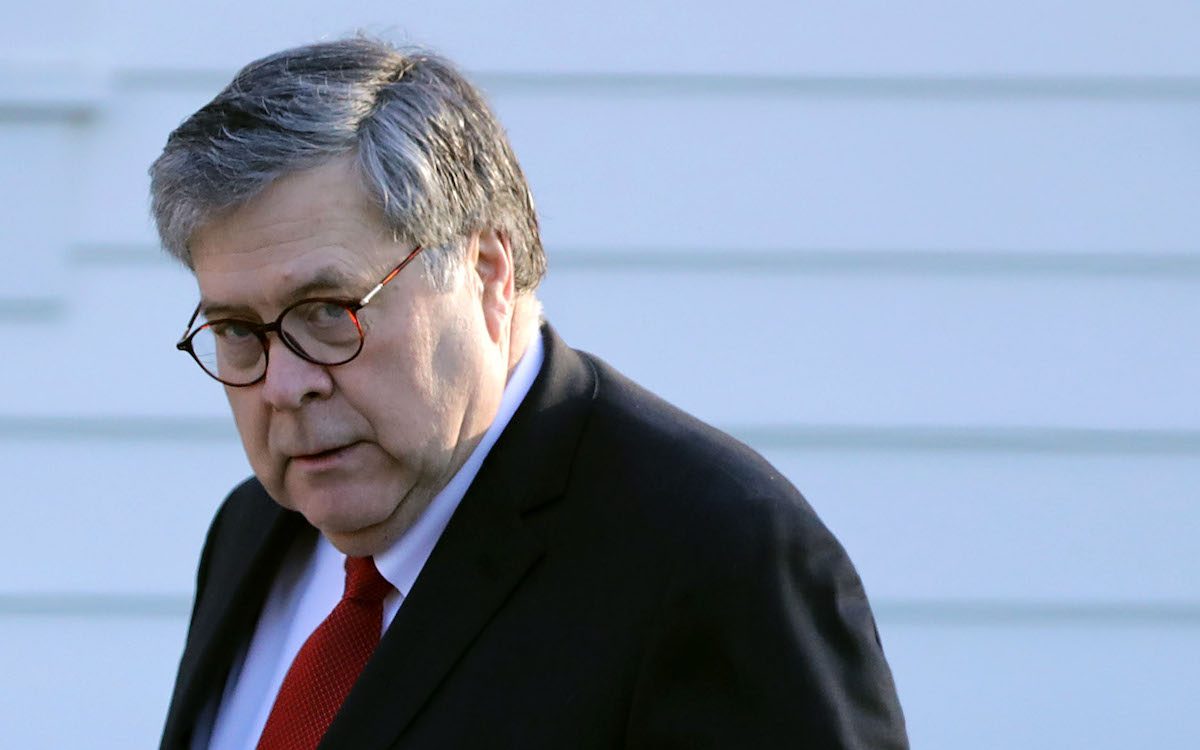 After receiving special counsel Robert Mueller’s report on his investigation into Russian interference in the 2016 presidential election, Attorney General William Barr sent a four-page letter to Congress Sunday afternoon, summarizing what he saw as the key elements of the report.

The letter, which you can read in full here, is divisive. Republicans appear to feel vindicated. Democrats are calling for the release of Mueller’s full report. Donald Trump is having his best day in a while.

So who’s right? Well, definitely not Trump. According to Barr, Mueller’s report addresses both allegations of election interference and obstruction of justice. On that first point, Barr writes that “the Special Counsel did not find that the Trump campaign, or anyone associated with it, conspired or coordinated with the Russian government” in that election interference. And no matter your politics, that should be seen as very good news.

But Trump’s claims of “no obstruction” and “complete and total exoneration” aren’t necessarily true. In crafting his report, Barr says Mueller “did not draw a conclusion–one way or the other–as to whether the examined conduct constituted obstruction.” Meaning Mueller just presented the facts of his findings and left it up to Barr to determine if anything Trump did–specifically, the firing of FBI director James Comey–constituted obstruction.

Barr does quote Mueller, though, as writing that “while this report does not conclude that the President committed a crime, it also does not exonerate him.”

And that’s why Democrats are calling for the release of the full report. Because Mueller did not find Donald Trump to be cleared of accusations of obstruction; Barr did. Barr and Deputy AG Rod Rosenstein decided that the evidence “is not sufficient to establish that the President committed an obstruction-of-justice offense.”

In a joint statement, Nancy Pelosi and Chuck Schumer write that “Attorney General Barr’s letter raises as many questions as it answers.”

“The fact that Special Counsel Mueller’s report does not exonerate the president on a charge as serious as obstruction of justice demonstrates how urgent it is that the full report and underlying documentation be made public without any further delay,” the statement reads. They also state that Barr “is not a neutral observer and is not in a position to make objective determinations about the report.”

They’re not the only ones who think Barr’s letter shows some obvious problems.

Every single quoted sentence from The Mueller Report is chopped up. The only quote *about obstruction* is quite negative for Trump – not exonerated – while the positive case for Trump on obstruction are Barr’s words, not Mueller’s.

Still trying to understand what “did not establish” collusion means. We’ll have to see Mueller’s full report to know. It could mean there was virtually no evidence. It could also mean there was a lot but not quite proof beyond a reasonable doubt. The difference is significant.

“We haven’t really seen the underlying report, but I have some suspicions that the reason he boiled this down the way he did is because it’s not very attractive, Don,” says Dean. “[Mueller’s] words are very different than Barr’s, I suspect.”

Until we hear from Mueller, call it the Barr Report.

Dean also tweeted yesterday that “it is clear that Richard Nixon would not have been forced to resign his office if Barr had been Attorney General. Barr wants a POTUS above the law.”

Indeed, the Barr letter does leave us with a lot of questions. He says that his review is ongoing, so there’s hopefully more of an explanation to come. But as Neal K. Katyal writes at the New York Times, Barr’s haste in stating that Trump did not obstruct justice, when Mueller’s report definitively did not reach that same conclusion, “should be deeply concerning to every American.”

“The fact that Mr. Barr rushed to judgment, within 48 hours, after a 22-month investigation, is deeply worrisome,” he writes.

So what’s next? Katyal lays it out well:

Sometimes momentous government action leaves everyone uncertain about the next move. This is not one of those times. Congress now has a clear path of action. It must first demand the release of the Mueller report, so that Americans can see the evidence for themselves. Then, it must call Mr. Barr and Mr. Mueller to testify. Mr. Barr in particular must explain his rationale for reaching the obstruction judgment he made.

Again, the best case scenario for our entire country would be if Barr’s conclusions are accurate. This isn’t about taking down Trump. It’s about getting the truth. The Barr letter doesn’t seem like it offers that, at least not in full.

As Katyal writes, “No one wants a president to be guilty of obstruction of justice. The only thing worse than that is a guilty president who goes without punishment. The Barr letter raises the specter that we are living in such times.”

What do you all think of the Barr letter and the reactions to it? What questions do you still have?