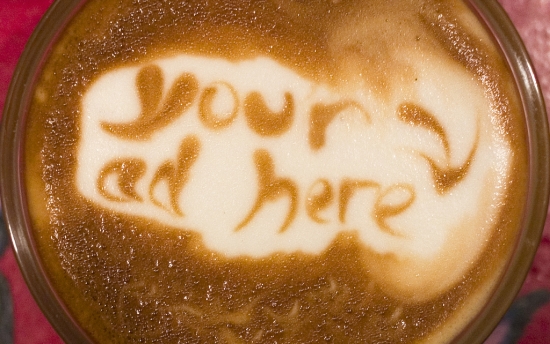 Nobody likes banner ads on the Internet. We know. We’ve gotten all your emails. That doesn’t change the fact that they’re prevalent because they help sites pay the bills, but when we say “nobody” likes them, we mean nobody — Not even the guys responsible for the first banner ad back in the ’90s like banner ads, and it’s basically all their fault. Hear their tale of regret, and what they think of the current state of Internet advertising. Here’s a hint: They don’t like it very much.

The first banner ad on the Internet ran in 1994 on HotWired and was for AT&T. Four men were responsible for the ad: There was G.M. O’Connell who founded Modem Median, the agency that ran the ad, Bill Clausen from AT&T who purchased the ad, Joe McCambley who served as the creative director for the ad, and Andrew Anker, the publisher of HotWired who first published the ad.

Now, like Albert Einstein regretting his work leading to the atomic bomb, the four men responsible for the first ad have spoken out on the state of Internet advertising, sharing their thoughts with Digiday. O’Connell said, “The fact that it’s migrated from Prodigy to the Internet to the cell phone is a joke. The creativity is disappointing at best.” He also said that he didn’t have a better solution.

Clausen from AT&T seemed to have the most favorable view of banner ads out of the group, but even he thinks they shouldn’t be any more than a piece of a larger campaign. He said, “Your banner ad needs to be clever. Most people are ignoring them.”

McCambley probably had the strongest opinion on the current state of advertising and how it’s ruined things like email, landlines, and to some degree the web. He even drops an f-bomb over it. “If advertisers can make the phone suck, imagine what they’ll do to content marketing. Between print, radio, tv, phones, The World Wide Web, tablets and now mobile phones, our industry has been given so many opportunities to be great. We keep fucking it up,” said McCambley.

He also makes the point that in 1994 people opened 100% of their email, and that at the time banner ads did nearly as well. Can you remember the last time you opened your email inbox and opened everything in it? For me it was probably back in 1994, and I was 11.

The CEO who ran the first banner ad, Anker, thinks media overall has lost sight of what it’s supposed to be, which is a product people want for its own sake, rather than a venue for getting responses to ads. He isn’t completely opposed to advertising though. “I’m not against everything that’s happened,” said Anker, “But I’m assuming there’s a different model. The basic principles we started on have gotten lost. We’ve over-optimized for direct response.”

For the full responses they gave, you can head over to Digiday, but the overall impression is that the guys responsible for banner ads back in the day aren’t real happy that those types of ads are still around, but even they don’t have an answer for what should replace them.

(via Digiday, image via Chris Blakeley)