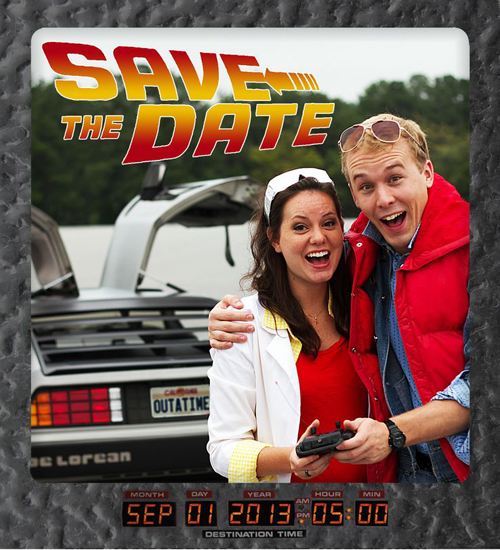 Photographer Eric Cash of Shift-4 Photography made one couple’s Back to the Future dreams come true with a fabulous “Save the Date” shoot. Jarrett and Abbie enlisted an Atlanta based Delorean owner to complete their already awesome look. We also adore Abbie for going the less obvious route. “Since I’m currently in medical school, I thought it much more appropriate to dress up as Doc instead of Jennifer,” she said. Let’s just hope their kids don’t turn out to be you-know-whats.

Previously in Back to the Future