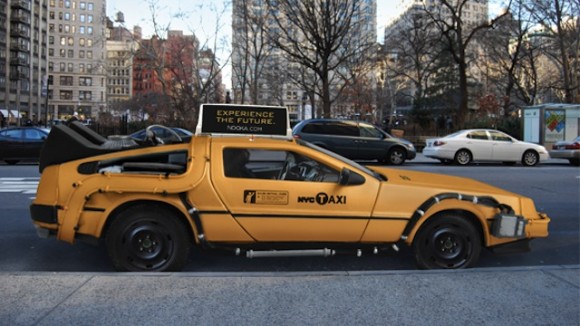 It’s true that New York taxis usually drive like maniacs but it’s pretty difficult to get up to 88 mph in Manhattan. Unless you’ve got a hover conversion, of course. Unfortunately, this isn’t real. Mike Lubrano imagined what a Back to the Future taxi would look like for a NYC fashion house called Nooka. Hit the jump to see it with the doors open.

Back to the FutureDeLoreanNew York City