Who found this out and why? 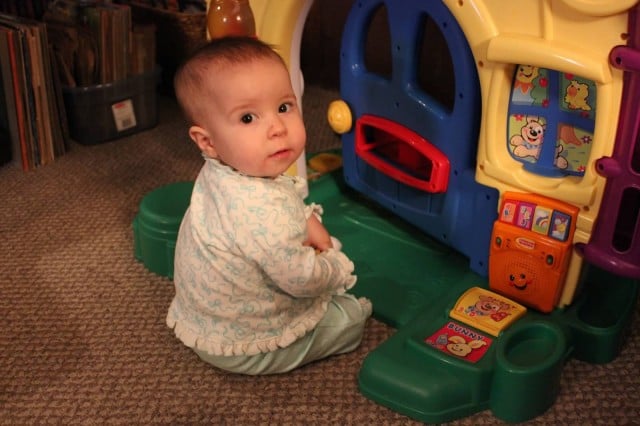 Baby poop is being used by scientists to improve sausage. Thankfully, it’s not an ingredient, but they did study a bunch of dirty diapers to sample and culture bacteria, and that bacteria could make sausages not only tastier, but healthier. You know, if you can get over the idea of poop-sausage and actually eat it.

Two types of bacteria were studied in the diaper samples of 43 infants, and one turned out to be more promising than the other. Both types are found in adult poop as well, but it’s much more plentiful in infant poop, and why are you even looking for sausage ingredients in any poop at all?

The idea is that probiotic bacteria, already used in foods like yogurt, could be used as a healthier option to produce fermented sausages, and baby poop is apparently crawling with the stuff. Poop isn’t the only place it’s found, but for the bacteria to be beneficial in the sausages they have to survive all the acids involved in your digestive tract. That’s why baby poop is the prefered source. It’s high in bacteria and has already made it through the baby’s digestive tract, so it stands to reason it would probably hold up to another trip through someone else’s.

To test the hypothesis that baby poop bacteria makes for better sausages, researchers actually had to make some sausage… with poop. Well, sort of with poop. The team made a Mediterranean pork sausage known as “fuet.” The bacteria used was cultured from the poop samples, but no actual poop was used. Still. Gross.

The team tried their poop-sausage and they told LiveScience it “tasted very good.” Professional tasters were even brought in to see how the poop-fuet measured up against its non-poopy counterpart, and they all agreed it was just as good–despite being lower in salt and fat, and higher in bacteria cultured from a dirty diaper.

(Live Science via CBS Atlanta, image my own)