Review: Axe Cop Will Make You Believe in the Power of Imagination, Then Chop Your Head Off

Axe Cop may be silly, but it's also deeply beautiful. 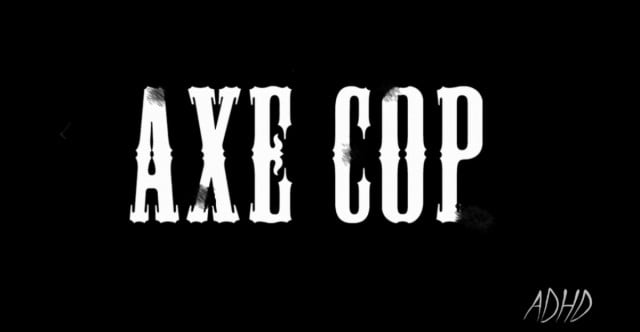 Imagine seeing something you thought of when you were five become a mainstream animated series. That’s the world Malachai Nicolle lives in. He co-created the webcomic Axe Cop with his older brother Ethan at that age, and Axe Cop the series premiered on Fox this past weekend. I went into the premiere with high hopes, and the show did not disappoint. It could be one of the most beautiful things I’ve ever seen on television.

Yes. Axe Cop is weird, and irreverent, and bizarre. It would be easy to lump it in with all the other purposefully random and nonsensical things on TV like the Adult Swim shows and Old Spice commercials being geared towards the same demographic, but Axe Cop’s brand of nonsense is something special. It doesn’t come from a desire to be weirder and more random than its competitors. It’s pure.

Axe Cop is silly, but it’s a genuine silliness that comes from the imagination of a little kid who is just having fun with his brother. When the title character Axe Cop and his friend Bat Warthog Man drive a car off a ramp to another planet to stop the King of All Bad Guys, it doesn’t feel stupid. It makes sense in the world, and really — how else would they get to the Dinosaur Horn Store?

The show credits the Nicolle brothers along with a few other writers, and I’m not naive enough to think an eight-year-old is writing this himself. The beauty of Axe Cop has always been seeing a child’s ideas filtered through talented adult eyes. Ethan Nicolle and the other adult writers on the show have shaped these ideas into something that feels both childish (said in the best way possible) and mature. Axe Cop is a ridiculous story told well.

I’ve already written about how great I think the voice casting is in the show, and after seeing the premiere I can confidently say it’s perfect. Nick Offerman as Axe Cop might be the most natural combination of an animated character with a human voice that’s ever been done. The supporting cast all do an excellent job as well, but Offerman is Axe Cop. I really can’t imagine the show working nearly as well as it does without him.

Axe Cop airs Saturday nights at 11:00 PM on Fox as part of their ADHD animation block. If you missed the first episode it’s up on the FoxADHD site right now. I got an early look at next week’s episode, and it’s even funnier than the premiere.