Here’s An App To Help You Avoid Human Contact, Especially At A Certain Texas Festival

Hell is other people at SXSW. 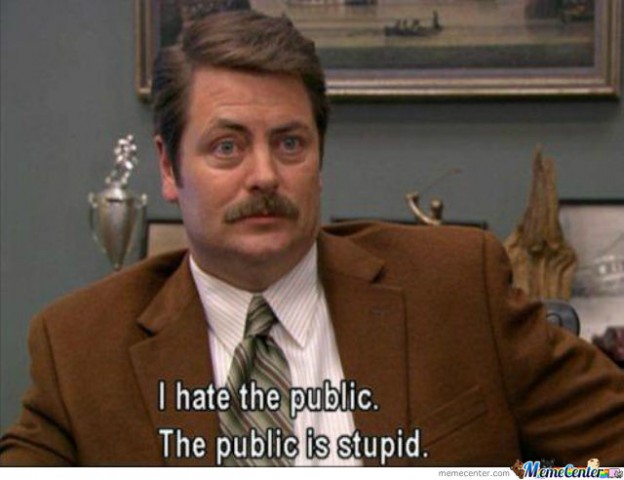 SXSW started today, and an Austin tech developer wants to ensure that Texas residents won’t be too overwhelmed by the invading indie masses. Enter “Avoid Humans,” an app that uses Foursquare to tell you what locations to steer clear of if you want to leave your house but not interact with your species.

Scott Brewer, a creative director at Austin ad agency GSD&M, told The Daily Dot that the web app is one of the company’s many SXSW focused initiatives. Unfortunately, Avoid Humans is only available right now in Austin, meaning if you want to avoid human interaction between Mar 7th and March 16th in a different, overly crowded city (wink wink nudge nudge NEW YORK), you’re shit out of misanthropic luck.

For those of you being overrun by the bearded masses in Austin right now (including our very own Senior Editor Glen Tickle), the app will give you a red, yellow or green light to let you know if your destination is swarmed with filthy sapiens. 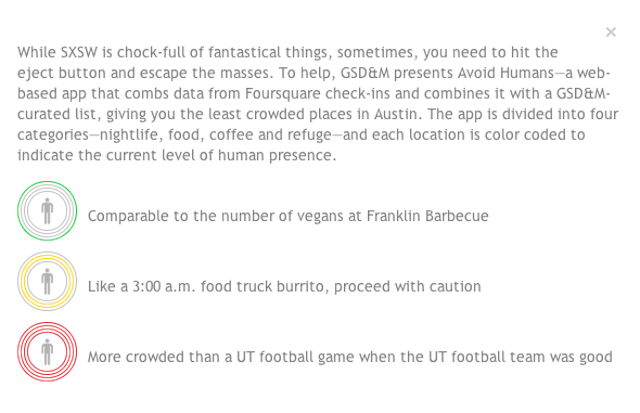 If you’re in Austin just for SXSW, make sure to look up that concert venue or tech demo before heading out the door. I don’t recommend avoiding all the humans all the time, but too many of us at once after a hot day standing under the Texas sun can definitely be overwhelming.

(The Daily Dot via Jezebel, image via Parks and Rec and Avoid Humans)