The Avengers Is Finally Out Of Theaters! So How Much Did It Make? 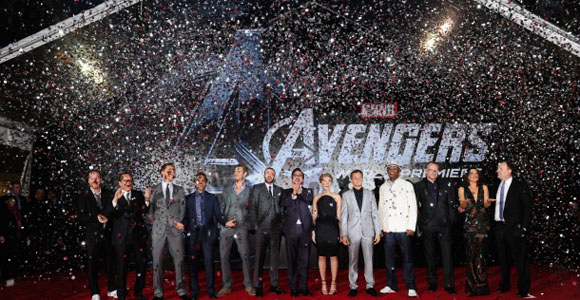 We’ve done a lot of stories about the ridiculous amounts of money Joss Whedon’s The Avengers made but here’s another. The Marvel film is finally out of it’s United States theatrical run and we’ve got the final take. There’s also a rumor floating around about a few actresses up for the role of Carol Danvers, a.k.a. Ms. Marvel, in The Avengers 2. Read on to find out!

When it was announced The Avengers would be extending its run with even more theaters through Labor Day we figured they’d just keep it in theaters forever. Not so. Although the film has been on dvd for a couple weeks now, it’s officially out of movie theaters. So what did it make in the U.S.?

That number let’s it sit pretty at #3 of all time for both domestic and worldwide box office numbers.

Meanwhile, the Daily Mail, your new source for all things sketchy, has reported a rumor that actresses Emily Blunt and Luther’s Ruth Wilson are up for the role of Ms. Marvel in the sequel. You may recall Blunt turned down offers to play both Black Widow in Iron Man 2 and Peggy Carter in Captain America because of timing but also because she didn’t want to be relegated to girlfriend status.

Perhaps the flashy box office numbers have changed her mind or maybe she did some research on Carol Danvers, the Air Force pilot with superpowers. Either way, I’m not sure she fits that particular role. I’d be curious to see what Wilson did with it though as I adored her in Luther.