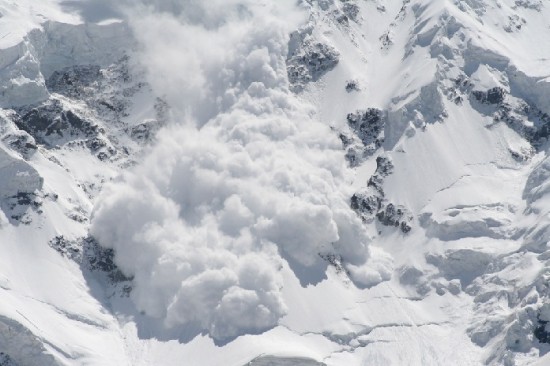 Thanks to all manner of pseudoscientists, we have things like inhalable desserts, Doritos tacos, and ludicrously caffinated Starbucks concoctions, but where’s the love for ice cream? As it turns out, real scientists have that covered. Sort of. The Institute for Snow and Avalanche Research in Switzerland has been researching things like the size of ice crystals and the air bubbles in snow for avalanche-related purposes. Nestlé, however, realized that a lot of this research also has applications in ice cream preservation, so the two teamed up because who doesn’t like ice cream?

The Institute for Snow and Avalanche Research are particularly good friends to have because they have what’s called a “x-ray tomography machine,” and it happens to be the only one in the world. This elusive gadget allows users to closely examine the structure of snow, ice, or ice cream without disrupting the structure in the process, and when it comes to ice cream, this is particularly helpful.

After completing a study that has been published in the journal Soft Matter, scientists discovered that the reason ice cream will get sort of gross after a while is that ice crystals start fusing together. This is why if you grab a half gallon that’s a little too old, it’s signficantly more “ice” than it is “cream.” By observing the ice crystal structure closely, both before and after the ice cream goes bad, scientists can get a better idea of what’s happening and how to stop it, besides just advising you to eat your ice cream faster, that is.

The main battle ice cream preservationists are trying to fight is the freezer’s tendency to cycle instead of preserving an exact, consistent temperature. Although these changes are slight, they can mess with your ice cream over time. No huge revelations have been made yet, but there’s a follow-up study underway to take an even closer look at these offending crystals. With any luck, they’ll eventually be able to make some strides that could help ice cream hoarders waste less of their stash. Until then, it’s best to just keep wolfing down that ice cream as soon as you get your hands on it. Best for the taste, I mean. Your health? Maybe not so much.