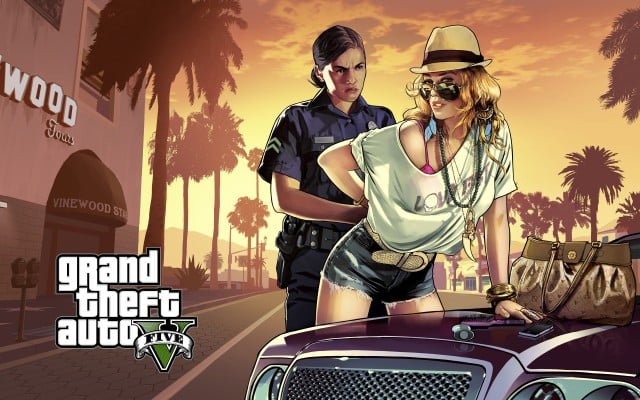 At the behest of a Change.org petition that condemns the 2013 game Grand Theft Auto V for promoting violence against women, Target Australia has announced that they will be pulling all copies of the game from their shelves.

“We’ve been speaking to many customers over recent days about the game, and there is a significant level of concern about the game’s content,” Target General Manager Corporate Affairs Jim Cooper said in a press release. “We’ve also had customer feedback in support of us selling the game, and we respect their perspective on the issue. However, we feel the decision to stop selling GTA5 is in line with the majority view of our customers.”

The press release also notes that the store will continue to stock other R-rated DVDs and games, and that this decision is a result of “the strong feedback from customers that this is not a product they want us to sell.”

The Change.org petition in question was started by three women in Australia named Nicole, Claire and Kat, who identify themselves as former sex workers and survivors of abuse. They urge Target to remove the game from their shelves as it “encourages players to commit sexual violence and kill women” and grooms young boys in particular to become abusers (bolding theirs):

This game spreads the idea that certain women exist as scapegoats for male violence. It shows hatred and contempt for women in the sex industry and puts them at greater risk. Women in the industry are 40 times more likely to be murdered by a man than any other group of women.

Games like this are grooming yet another generation of boys to tolerate violence against women. It is fuelling the epidemic of violence experienced by so many girls and women in Australia – and globally.

Since the petition was created on November 29th, it has racked up over 41,000 signatures from participants all over the world. When the petition hit 30,000 names a few days ago, Jim Cooper originally told News.au that Target Australia would not remove GTAV, as “there are as many defending the right to buy the game as there are who want it removed.” In the wake of the company’s new decision, the publication has completely amended their coverage.

Confusingly, it also appears that some of the recent signatures on the petition are from people who disagree with the petition’s claims and who wish to make their grievances known to the petition creators. “The fact that the game allows these sorts of things to be done does not mean they are actively encouraged,” a recent signer named “Professional Bob” wrote two days ago. Another from Arizona, U.S. wrote, “I’m signing this because I live in a nation with established freedoms, where the government is not allowed direct control over what I see, so I have no fear of this taking off. I am simply here to state that this petition is horrendously misinformed.” One sort of wonders what they hope to accomplish by, you know, signing the thing and thus directly contributing to the very petition they find misinformed in the first place, but okay.

Whether you agree with Target Australia’s position or not (for the record, I’m not so sure I do—as much as I believe that the AAA game industry relies too heavily on tropes and mechanics that do its female characters no favors, demonizing a single game won’t solve the problem), it’s important to note that a privately owned business has the right to refuse to stock certain items on its shelves, just as you, the consumer, have the right not to purchase items from that establishment in the first place. If Target Australia thinks that it’s against their best interest to stock a particular item, then that’s the prerogative of Target Australia.

Some might still call it a form of self-censorship, but it is not government-sanctioned censorship by any stretch of the imagination, nor is it unimpeachable proof that the mainstream marketplace is coming to take all of your violent video games from you. After all, both Target and Amazon refused to carry Beyoncé’s latest self-titled album last year, but she still managed to sell over a million copies in the album’s first week of release. GTAV has been out for over a year now and, as of May of this year, sold $2 billion worth of copies, making it the best selling console game in three different regions of the world. Surely one store’s decision not to carry it will not affect those numbers.