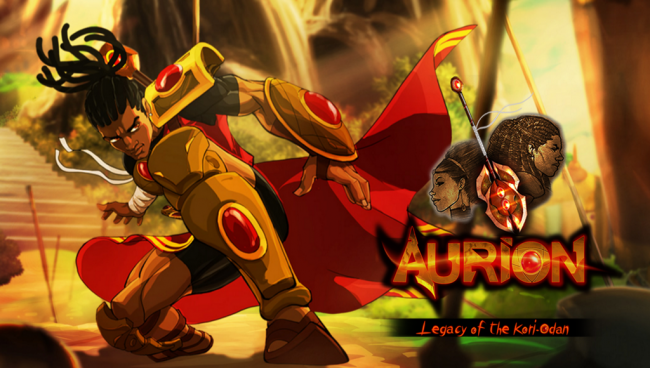 Critically acclaimed RPG Aurion: Legacy of the Kori-Odan, is getting the movie treatment from studio Good Fear Films, according to The Hollywood Reporter. The indie role-playing game features an all-African cast in a fantasy setting, and borrows heavily from African mythology. Madiba Olivier, who developed Aurion, founded Kiro’o Games in Cameroon, helping it get established on the indie games map behind the success and popularity of Aurion.

According to THR, “Aurion follows the fallen heirs to the throne of a kingdom who are forced to embark on an epic journey, traversing the surrounding countries, building alliances with the diverse neighboring kingdoms and harnessing power emanated by their ancestors as they seek to fulfill their destiny as leaders and to reclaim their realm as king and queen.”

Of the deal, Chris Bender and Jake Weiner of Good Fear Films said, “This is an incredibly unique entry into the fantasy genre and we are as inspired by Madiba as we are in the world that he has created.” Olivier said, “My team and I are very excited to see our game become a movie in Hollywood. It is something we’ve dreamed about since the beginning.”

It’s especially heartening to see a game based on African mythology that was developed by an African team is getting the kind of attention that often goes to more mainstream American titles. One hopes that the movie finds success, thus opening the door for more such mythologies and stories.