Holy Crap, Aubrey Plaza Is Voicing Grumpy Cat in a TV Christmas Movie, This Is Not a Drill 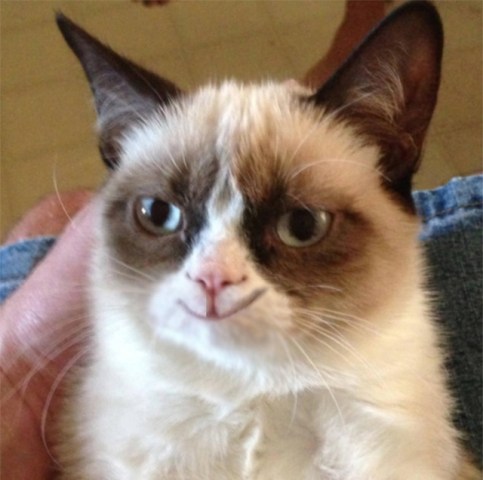 Our lives will be complete this winter when Aubrey Plaza voices Grumpy Cat for the Lifetime movie Grumpy Cat’s Worst Christmas Ever. This is news that could turn even Grumpy Cat’s frown upside down.

Yes, this is a real thing that is happening, unlike the Aubrey Plaza live action Daria trailer that broke the collective heart of the Universe by not being a real thing. (All will be forgiven if it eventually becomes a real thing.) Grumpy Cat’s Worst Christmas Ever will air on Lifetime on November 29th at 8PM ET/PT, and you will be glued to your TV screen watching every second of it as The Hollywood Reporter says Plaza has taken up the cat’s voice role after Jane Lynch turned it down.

The movie is about a pet store cat that just can’t catch a break and a young girl, Crystal, who can communicate with her. The movie will be directed by Spongebob Squarepants‘ Tim Hill, who wrote the script along with writer Jeff Morris.

In case you somehow had any doubt Plaza will perfectly capture the spirit of Grumpy Cat:

It’s going to be a very merry Christmas. 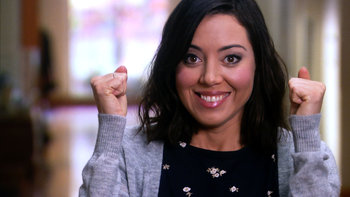 (via MTV.com, images via Grumpy Cat meme and our own edits, Parks and Recreation)