Hand Too Happy? There’s Grumpy Cat Hand Art For That. 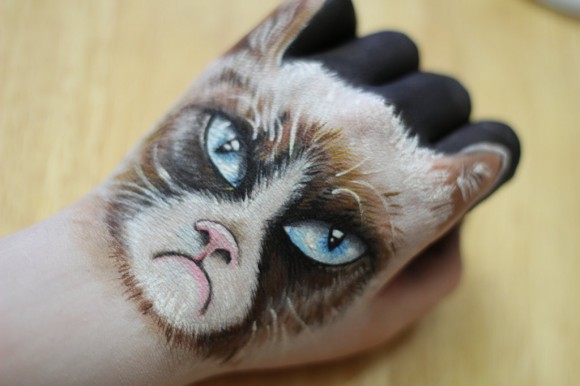 Your hand can cop a little cattitude if you’re finding it hard to express yourself. And this Grumpy Cat hand art by DeviantArtist KlairedeLys is certainly far better than any doodle I got up to while bored at school. They’ve kindly posted a video tutorial if you’d like to try it yourself or see how it was done.