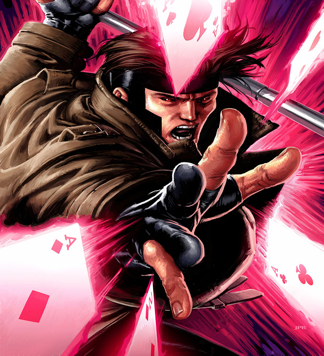 Channing Tatum is sticking by his Gambit guns, but director Rupert Wyatt (Planet of the Apes) has dropped out of the 2016 film. In a statement, Wyatt explained:

I was very much looking forward to working with my friend Channing and the team at Fox, but regrettably a push in the start date now conflicts with another project. I thank them for the opportunity, and I know that Gambit will make a terrific film.

According to The Hollywood Reporter, script changes or adjusting the shooting schedule to account for Mardi Gras may have extended the production and led to Wyatt being double-booked.

Thoughts, gang? Who would you like to see take over Wyatt’s position?