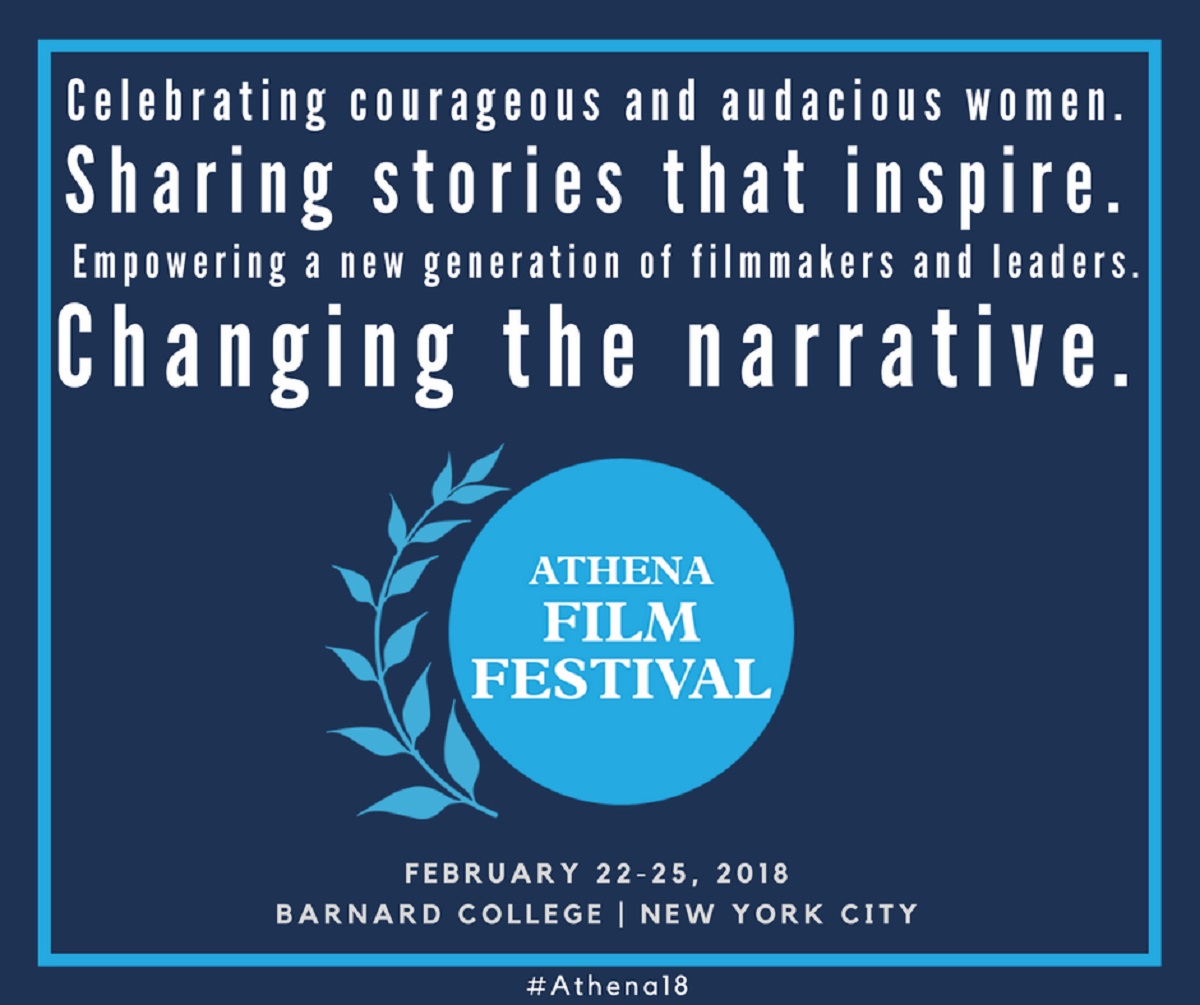 The Athena Film Festival opened yesterday at Barnard College in New York City and continues through the weekend, to honor female filmmakers and their amazing work. At tonight’s awards reception, several prominent, award-winning female filmmakers will be honored, including the amazing Amma Asante (Belle, A United Kingdom) who will receive the Athena Award. Also being honored tonight is writer/producer/director J.J. Abrams, with the Leading Man award for for his ongoing support and advocacy of women in the entertainment industry.

If you happen to be in New York, tickets are still available for some of the screenings and events happening throughout the weekend. The festival is screening female-created work both old and new, both narrative and documentary. Films like Wonder Woman, Lady Bird, and The Breadwinner are being screened alongside powerful documentaries like Bombshell: The Hedy Lamarr Story, Mankiller, and Play Your Gender. There are also panels and workshops on everything from women in STEM to dealing with sexual harassment.

In addition to Amma Asante, whom I love, being honored with the Athena Award tonight, awardees also include two-time Academy Award-winning documentary filmmaker Barbara Kopple who will receive the Laura Ziskin Lifetime Achievement Award, and world-renowned cabaret artist and actress Bridget Everett who will receive the inaugural Breakthrough Award.

Charline Jao had the privilege of interviewing last year’s AFF Leading Man, David Oyelowo, who makes it a point to work with female directors (like Asante on A United Kingdom, and Ava DuVernay on Selma). This year’s Athena Leading Man, J.J. Abrams, recently did an awesome interview in advance of the event with Metro.

First, he told them that, while he’s honored by the award, and he understands why they’re important, he also doesn’t feel that things like “supporting women” is something one should get an award for. He believes that amplifying the voices of all women, as well as men and women of color specifically, is not only the right thing to do, but also the best thing for storytelling:

He also says outright that the industry needs to take chances on more women, regardless of their resumes, because that type of thing happens for men all the damn time, and that it’s necessary to risk whether something will be successful or not in that pursuit:

“Some will work and some will not. But if you don’t take the chance…Listen, there are plenty of people that got a shot when their resume didn’t necessarily prove that they deserve it. But you take a shot with certain people. That’s something we have done at Bad Robot for a long time. All I want to do is be involved in stories that are inspiring. And when you go off the beaten path you often find some sort of wonderful surprises. That’s why it is important to be looking beyond the usual suspects.”

I’m especially happy to hear him say this, because he’s exactly that dude. His very first writing job was being hired right out of college with zero track record to speak of to write a script with his college friend Jill Mazursky (daughter of film director Paul Mazursky, and someone who already had an agent). That script was for the Jim Belushi comedy Taking Care of Business, which wasn’t a huge hit, but was still a freaking Hollywood credit right out of college. All thanks to a female friend who’d already gotten the ball rolling on her career (which might have only been possible for her so young as a woman because of who her dad is).

Cut to years later, after that led to other film scripts, which led to getting to create Felicity and Alias. Tom Cruise saw Alias, loved it, and hired Abrams to direct Mission Impossible III, with Abrams never having directed a feature film before. Like, Hey! I love your TV show, come direct this blockbuster with zero feature film track record!

If anyone understands how privilege works, it’s Abrams. It’s just really nice to see that he gets how lucky he is, and increasingly uses that privilege to center marginalized voices. More men in Hollywood need to be following the examples set by the Oyelowos and the Abramses of the world.

**points for the Hamilton reference.