From Terminator, to The Walking Dead, to a real-life American badass.

There’s a good chance that many of you have never heard of Wilma Mankiller. Well, Gale Anne Hurd, the First Lady of Sci-Fi, wants to change that.

Hurd is currently running a Kickstarter campaign through her production company, Valhalla Entertainment, along with director, Valerie Red-Horse, to complete their new documentary, Mankiller, which tells the incredible story of the Cherokee Nation’s first female Principal Chief.

From the Kickstarter page:

117 years after the US relocated the Cherokee Nation from their traditional homeland in Georgia and North Carolina – and forced them to walk 2,000 miles in winter to Oklahoma – Wilma endured her own government-mandated relocation from Oklahoma to Northern California. It was there, standing on the front lines of the civil rights movements of the 60s and 70s, that she developed her politically revolutionary mind. She carried that passion for progress with her into the office of Principal Chief decades later.

Under Wilma’s leadership, the Cherokee became one of the strongest Indian Tribes in America. Wilma’s focus on economic development and national healthcare helped the Nation to re-assert its self-governance. During Wilma’s tenure, the Cherokee Nation saw its population of registered citizens nearly double, from 68,000 to 170,000. Beyond her policies and programs, Wilma enabled the Cherokee to come together, taking pride in its history while planning for its future.

None of Wilma’s accomplishments was easily achieved. When she came into office, the existing Cherokee leadership was unconvinced that a woman could handle the job of Principal Chief. Wilma endured rampant sexism – including personal and physical attacks. In the midst of this struggle, she demonstrated a quiet strength and unwavering resolve that won over her opposition.

“Prior to my election, young Cherokee girls would never have thought that they might grow up and become Chief.”

In 1998, President Bill Clinton honored Wilma with the Presidential Medal of Freedom. She enjoyed brief mainstream attention when Ms. Magazine named her their 1987 Woman of the Year, and she was even inducted into the National Women’s Hall of Fame in 1993. Despite this recognition, we are in danger of losing her story to time.

Mankiller seeks to capture Wilma’s revolutionary life on film and preserve it for years to come. Our goal is to make “Wilma Mankiller” a household name, to give her the same recognition as the trailblazers that came before her and to serve as an inspiration for future generations. A mix of biography and historical storytelling, it will illuminate, entertain, and galvanize viewers to follow Wilma’s example and rebel against the status quo.

I had a chance to speak with Hurd and Red-Horse, and they told me about their reasons for wanting to bring this incredible story into the mainstream, and why Kickstarter was the perfect vehicle through which to make this project possible.

The Mary Sue: How did you two get to know each other in the first place? How did your working relationship start, and what made you want to partner on these documentaries? 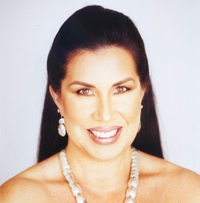 Valerie Red-Horse: I met Gale after I directed and produced my first feature film (a Sundance film) Naturally Native; Gale had optioned a narrative screenplay about the Navajo Code Talkers and she approached my production Company to work with her on the new Navajo film. I asked her to accompany me to the Navajo reservation so we could ask the living Code Talkers permission to tell their story and while meeting with them they asked us to make a non-fiction documentary instead of a narrative feature. Gale agreed and we did True Whispers: The Story of the Navajo Code Talkers for PBS which was a true honor for me and a wonderful experience. That film was critically acclaimed, embraced by the Navajo people and shown around the world. That experience solidified our desire to tell American Indian stories as documentarians. We followed with the Choctaw Code Talkers and now the Wilma Mankiller biopic. Working with Gale is a true honor for me as a director. She is brilliant and her experience and knowledge make every project so much better. She pushes all of us to be the best we can be as filmmakers and in turn that honors our subjects. Gale and I share a desire to tell stories that are little known and socially and historically relevant.

TMS: What is it about Wilma Mankiller’s story in particular that spoke to you and made you want to take this project on?

Gale Anne Hurd: Most of us think that there has never been an elected female head of state in the US, but that is simply not true. Wilma served three terms as Principal Chief of the Cherokee Tribe, which is a sovereign nation within the United States. It is so important to get her story told, and her incredible legacy as a woman leader added to our history books. Native American women in particular have been marginalized, and this is one step we can take to change perceptions.

TMS: You’ve already partially funded this movie – why go to Kickstarter to finish the project?

Hurd: Kickstarter is not just a source of funding, it is a community of very committed, like-minded people who want important stories like Mankiller told.

TMS: Would traditional sources of finishing funds not allow you to tell the story the way you want? How so? 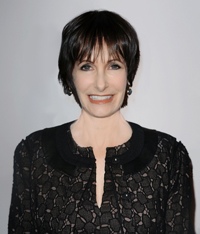 Hurd: Many traditional sources of funding have strings attached. We didn’t want to be beholden to an interest group that might step up to finance the film. Wilma’s story should be told by those who knew her best, and her legacy preserved for all time without having to serve someone else’s agenda.

TMS: You’ve done several documentaries together about Native Americans – would you ever consider trying to produce a narrative feature film on any of these topics covered in the docs? Either a biopic, or a story set in a certain Native community? Do you think a movie like that could do well? What would it take to make a film about Native Americans (told by and starring Native Americans) successful in the mainstream?

Hurd: That’s how I became involved with True Whispers to begin with. I had optioned a fictionalized account of the Navajo who served as code-talkers during WWII, but it was their story, and unlike Windtalkers, the leads were all Native American. I simply could not raise the financing for the film without telling it from the white character’s point of view. That’s not the story I wanted to tell, and not one I felt celebrated the Navajo’s heroic service to our nation.

Two talented female filmmakers taking on the life story of a female, Cherokee political pioneer? Sign me up! What’s even better is that, in addition to bringing Wilma Mankiller’s fascinating story to life, and contributing to increased diversity in film, support of Mankiller‘s Kickstarter might also land you some awesome The Walking Dead rewards – including VIP tickets to a taping of The Talking Dead, and one ticket to the S6 premiere of The Walking Dead if you’re willing to pony up some serious change! However, there’s plenty of Walking Dead goodies to be had at the lower backer levels, too.

So, check out the Mankiller Kickstarter today and support women telling women’s stories! Give if you can, and spread the word! Use #Mankiller on social media. You’ve got 15 days to help them make their $150,000 goal – the campaign ends April 8th.