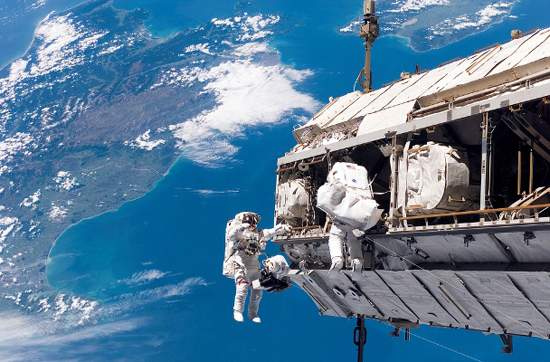 Up until now, the various tidbits and doodads that NASA astronauts and other staff didn’t officially have to return have existed in a kind of gray legal area. The ownership of these potential keepsakes has been debated back and forth, with NASA attempting to stop the sale of things like notebooks in the past, but now we finally have an official answer: Anything that would have been disposed of or considered expendable by NASA is free game and owned by the people that currently have it. Maybe we’ll get to eventually bid on Buzz Aldrin’s toothbrush!

President Obama has signed a bill guaranteeing that NASA astronauts can keep and sell memorabilia from their missions, laying to rest a recent controversy. H.R. 4158 says that any astronaut who participated in the Mercury, Gemini, or Apollo programs through the end of the Apollo-Soyuz Test Project has full ownership of expendable or disposable items they kept with them after landing. That doesn’t include moon rocks, other lunar material, or anything NASA required people to return after a mission, and it doesn’t cover astronauts from later programs like the Space Shuttle or the ISS. It does, however, lay to rest claims of ownership for many historic mission artifacts by clarifying that NASA cannot attempt to repossess them.

In all seriousness though, there’ll probably be a wave of trinkets hitting the market now, like Neil Armstrong’s comb or Gus Grissom’s towel. We can’t wait.

(via The Verge, image via Luke Bryant)