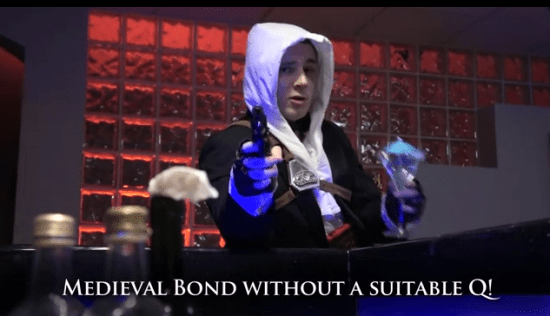 One of the biggest problems with the original Assassin’s Creed was that Altair was one-dimensional and, frankly, kind of a jerk. It made him pretty impossible to relate to or root for, which made the whole game kind of a slog. But now, that’s all paid off, because it makes Altair singing and dancing to a musical number one of the very best things. Like ever. He’s got poise, he’s got grace, and he’ll stab you in the face. Seriously though, this Random Encounter production feels like it should have been one of the songs in Aladdin or something. Can we get a whole Assassin’s Creed musical? Please?