The Great French Post-It Note War of 2011 has either seen it’s end or escalation into the Post-It equivalent of nuclear war. After months of trading fire, Ubisoft Montreal dropped a serious bomb on BNP bank in the form of a 3-story tall Post-It note Ezio, and we all know how that guy deals with things. Up until now, the note creatures have been mostly cartoonish, neon, and limited to a single story. This attack by Ubisoft must have taken some serious coordination and a supply line of appropriately colored stickies. If Assassin’s Creed: Revelation comes out a little buggy, now you know why. 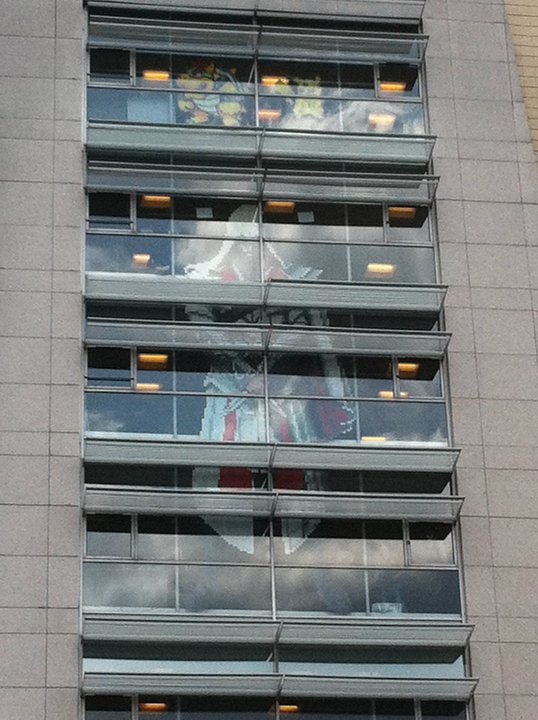