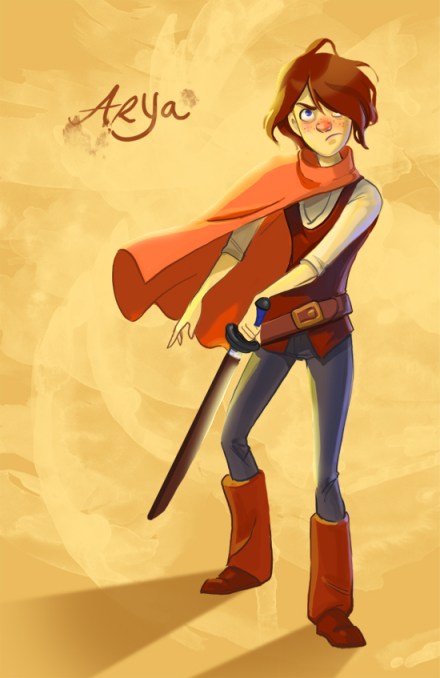 Anyone else getting The Sword in the Stone feels from this illustration or is it just me? I’m currently plotting in my head how the film would go if Arya were the main character instead of Wart.