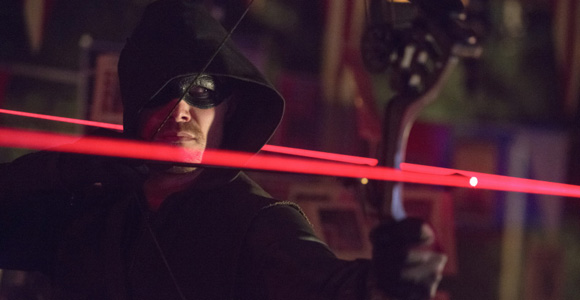 When last we left Oliver Queen, things took a fantastic comic book turn. Definitely-not-any-shade-of-green Arrow made its mid-season return last night on The CW, let’s see how it went…

We’re trying out something new here at The Mary Sue. If you don’t watch Syfy’s Being Human, you might have missed this post where we explained it. Basically, we’d like this to be a place where fans can discuss the episodes of their favorite series in full detail, without worrying about spoiling anyone. Share your likes, your dislikes, GIF reactions…anything! And we’re still trying to come up with a name if you have any thoughts on the matter.

I would give talking points like I did for the Being Human premiere but I actually didn’t get to watch last night because I’m sick and doing anything but laying down while on Nyquil is a bad idea. But I’ll give it a shot:

Anyway, talk amongst yourselves. I’ll probably watch tonight and hop into the comments tomorrow.