Arrow Gets Its Flash Plus, Justin Bieber Might Be Carrie Kelley In Man Of Steel 2 (What?) 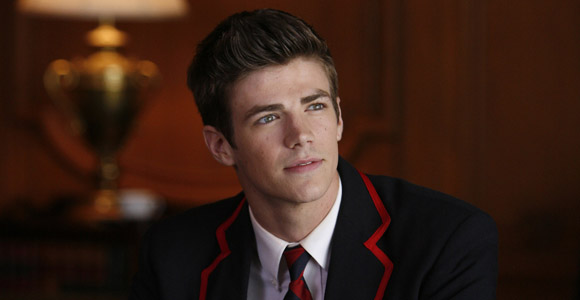 We knew the clock was ticking on casting The Flash on The CW’s Arrow. Luckily, they picked someone before the day of the shoot. Glee star Grant Gustin is your new Barry Allen. Hit the jump for all the details plus a great side-by-side comparison of Justin Bieber and DC Comics’ Carrie Kelley. And also the reason why we would do such a thing.

“Gustin will play the iconic comic book character and appear in three episodes of The CW’s Arrow — eight, nine and 20 — the latter of which will serve as the backdoor pilot for a potential spinoff Flash series,” explains The Hollywood Reporter. “The first two episodes will see the character in Queen’s home of Starling City, with the 20th providing a window to see Barry in The Flash’s world.”

Comic writer Geoff Johns will write all three episodes along with Arrow co-creators Greg Berlanti, and Andrew Kreisberg. Oddly enough, it’s looking like newbie hero Oliver is going to be the source for another hero/vigilante’s origin story.

“Barry Allen is described a Central City assistant police forensic investigator who arrives in Starling to look into a series of unexplained robberies that may have a connection to a tragedy in his past,” writes THR. “A comic book fan boy, Barry is obsessed with the Arrow unaware that working with Oliver and Felicity to solve the crime has brought him right into the dangerous world of the vigilante.”

Still now word on how or even if Barry’s powers will be utilized on Arrow but we’re assuming they’ll eventually play a part in the spinoff. For his part Gustin said, “I’m unbelievably excited. I’ve been a lifelong fan of DC Comics, so I can’t be more honored and can’t wait to get started.”

And then there’s this.

Long story short, Bieber posted this photo on Instagram and everyone went nuts. It’s the entertainer holding what we’re supposed to think is the script to the Man of Steel sequel starring Henry Cavill and Ben Affleck. He also tagged it “#robin??” I’m going to go out on a limb and say there’s no possible way this is real. Especially when Bieber tweeted he was going off to shoot something for Funny or Die. If they are doing a spoof on Affleck’s casting or something else relating to Zack Snyder’s film we really hope they cast Bieber as Carrie Kelley. Seeing as how she’s Batman’s Robin in The Dark Knight Returns, it would make sense. Plus, the hair. 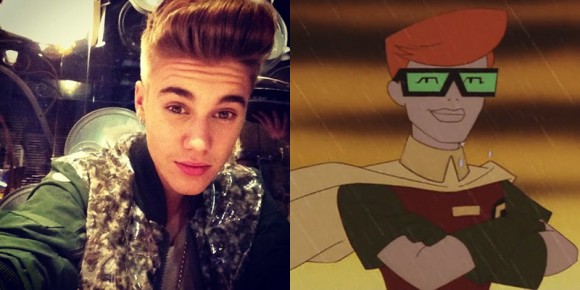