Ariana Richards on Jurassic Park, Her Art, and the Jeff Goldblum Craze

Talking with Lex from Jurassic Park should be required for every human being. Much like her young character in Jurassic Park, Ariana Richards is also a vegetarian, though she hasn’t met a Brontosaurus (oops, we meet Brachiosaurus) in a while. To celebrate Jurassic Park‘s 25th anniversary and the film’s return to select theaters in September, we spoke with Ariana about life, the universe, dinosaurs, and of course, Jeff Goldblum.

Ariana Richards is one of those people who you want to talk to for hours. Known for her role as Lex in Jurassic Park, the actor and artist is living an exciting life with her husband and child in Uruguay. But she never forgot the joy that came with playing Lex Murphy in the iconic Steven Spielberg film when she was just 12 years old.

Recently, Ariana won an NCWIT award for her portrayal as Lex in the franchise, helping to encourage young girls to get into computer programming through her work. This brought up a good point about the Jurassic Park movie versus the Michael Crichton novels. Ariana’s Lex was rather revolutionary in her day, and she upended the book’s characterization.

“My character is so different in the book,” Ariana pointed out. “Lex is the young annoying brat and the brother is older and so much more interesting. So I was really happy that I got the chance to have the roles reversed and had a character that had some pretty surprising skills that got revealed during the plot.”

We asked Ariana about her ongoing work as a visual artist. While she paints things that inspire her (landscapes and images from her life), a lot of her work is based on commissions from other people.

She told us about one of the more unusual commissions that she received (that she still painted of course). “One of the pieces I did was a nude of a woman, who wanted me to paint a surprise for her husband at his home office, and she had a tattoo of his name on her bum.” She explained that she loved to paint nudes because of her appreciation for the female body—but that tattoo on the butt definitely stood out in her memory.

Ariana’s artwork is absolutely incredible, so there’s no shock that people want to commission Ariana for her work. You can see more of Ariana’s paintings on her website. 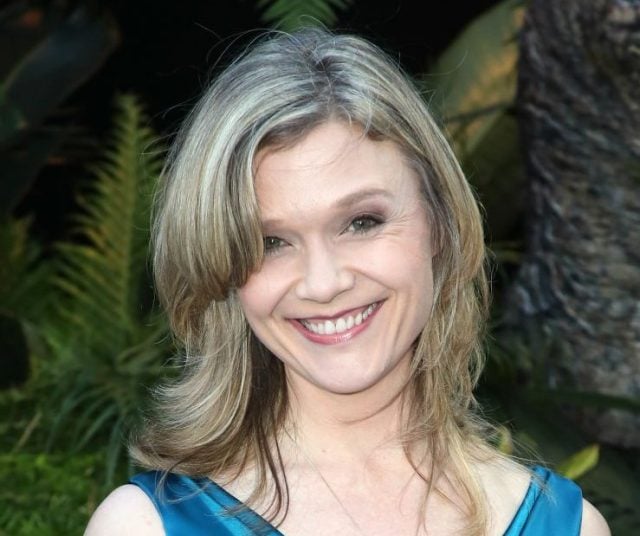 And, of course, we couldn’t go without asking her about her working with Jeff Goldblum, the Internet’s reigning zaddy. We mentioned how it seems as though we’re all suddenly obsessed with Jeff Goldblum, and we wanted to know if it was an unexpected thing for Ariana, since she was just a kid when she worked with him.

“It’s funny because being a kid filming with him I guess I had that perspective, just having fun, hanging out with him. He was always joking around with Joey [Mazzello] and me. But yeah, as I’ve gotten older, I’ve seen the incredible popularity.”

When we asked Ariana if she would go back to acting in the Jurassic films, her answer was delightful and everything we hoped to hear. “Oh absolutely! If they invited me back in, I’d be super excited.”

Let’s hope the Jurassic franchise brings back Lex and Timmy, because it’d be incredible to see Ariana in the movies once more. We bet that Lex is doing great things in that fictional world—and she definitely has the dinosaur expertise to help when those problems arise.

If you want to relive the Brachiosaurus meeting with Ariana Richards, and gaze upon that early Jeff Goldblum glory on the big screen, Jurassic Park is on its way back to select theaters for three days in September 2018. You can buy tickets here.