Are Frozen 2 & Maleficent: Mistress of Evil the Same Movie? | The Mary Sue

Are Frozen 2 and Maleficent: Mistress of Evil the Same Movie?

Except one is better? 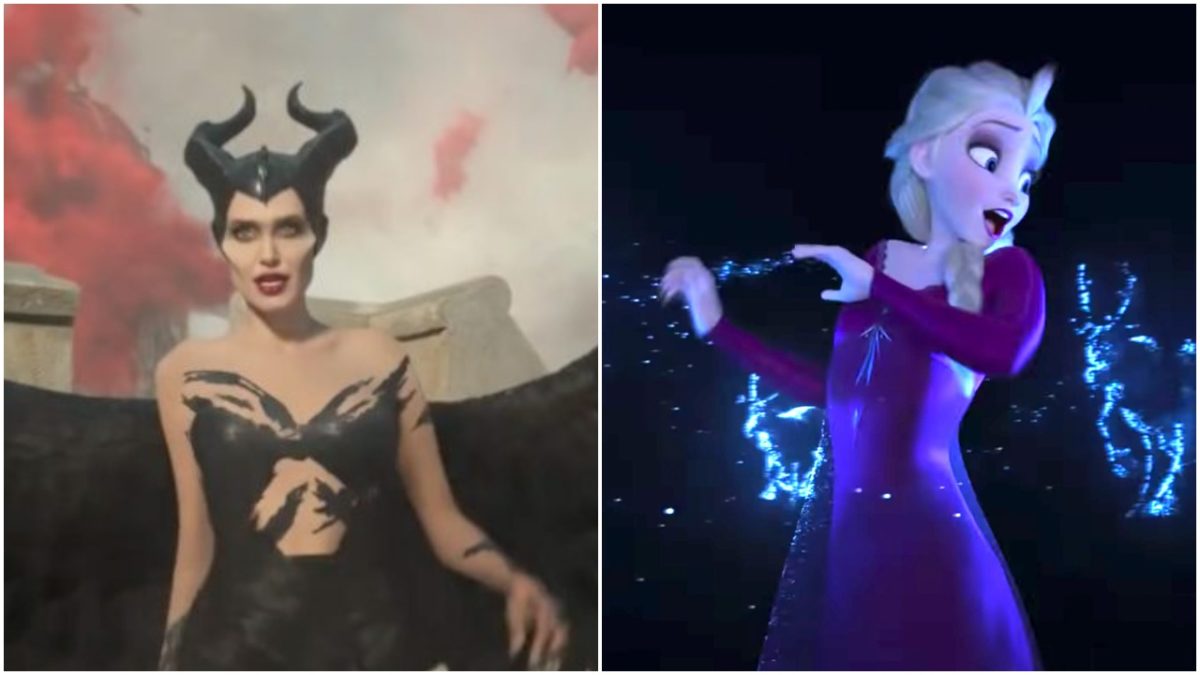 Remember that Disney sequel last year where the sweet princess found out that her people had been involved in some light genocide of an indigenous race, but not to worry, her older magical guardian would save the day? If you’re trying to figure out which sequel I mean between Frozen 2 and Maleficent: Mistress of Evil, you’ve just proven my point.

Uh, spoiler warning for the entire plot of both of these movies, by the way.

Now, first off, I think you should know that I really adored Frozen 2 (and I’m on the record for that). I liked Maleficent: Mistress of Evil less, though on the whole, I thought it was fine, and an improvement on the thin story of the original. What’s interesting to me here is how both movies are really, oddly similar.

Both movies start with things going just fine, with the plucky young heroine doing her best, while her magical guardian is off continuing to be magical. This heroine is still in a relationship with her beau from the last movie, but they aren’t engaged yet. (Both movies involve proposals with lots of butterflies, I think?) Yadda yadda, drama ensues, and the magical protagonist ends up separated from the plucky heroine in a quest to find herself and where she came from.

This quest for her origins leads our magical heroine to find that she’s related to a people that were once powerful and thriving but were betrayed and attacked by, well, white people. She maybe even has a romantic connection with one of them, but it doesn’t get explored much. The magical heroine has to use her powers to their utmost extent to save the day, but in doing so, she seemingly dies, only to be reborn more powerful than ever at the end. Oh, and the plucky heroine learns to trust herself and her own power and ends up calling out the colonizers.

Now, of course, there are big differences in these movies. Frozen 2 is actually really interesting because there’s no real villain in the movie; the evil that must be defeated is a wrong done decades before by Elsa and Anna’s grandfather. There’s no bad guy to defeat, just a curse that must be broken. In Maleficent: Mistress of Evil, the villain is much more present, as Michelle Pfeiffer’s Queen Ingrith spends most of the movie actively trying to murder all fairies. The “real” villain in both, though, is pretty much racism and colonialism.

It’s interesting but maybe not surprising that both of these movies contain similar themes. Both are part of a movement in Disney to be more, dare I say it, politically correct or even woke, while still remaining Disney. They are attempting not just to rectify some mistakes of their own past, but to imbue their films with progressive messaging.

I don’t personally have a problem with this per se. These cash cows are going to get milked no matter what, so why not incorporate some social justice in the mix? I’ll take it over nothing. It’s telling that we have two major female-centric Disney sequels that address colonialism and feminine empowerment in similar ways, but on the whole not surprising, as these are ideas and problems we’re grappling with.

The difference between the two movies, however, is that I think Frozen 2 addresses these themes with much more success, mainly because in Frozen 2, the indigenous people’s storyline is literal, not metaphorical. That’s critical.

In her own review of Maleficent: Mistress of Evil, our Princess Weekes noted how it’s a trope of fantasy and sci-fi to map the experiences and stories of marginalized groups onto privileged ones, or magical/alien “others,” for the benefit of white storylines. The dark Fae in Maleficent: Mistress of Evil are a fantasy stand-in for actual marginalized people, and while they cast actors of color among the dark fae, most of the story’s leads remain quite white.

Frozen 2 doesn’t do this. While the Northuldra people are fictional (as is Arendelle), they are based on the real Sámi people of Scandanavia, and the producers of Frozen 2 worked with the Sámi to make sure they were portrayed in an accurate and respectful way.

I also think that Elsa and Maleficent’s journeys toward a higher version of themselves are different, and again, Frozen 2 does it better and in a more interesting way. Elsa finds her power only within herself, and by fully accepting and absorbing her past, while in Maleficent: Mistress of Evil, our titular dark fairy doesn’t really know that’s what she’s doing when she dies to save Aurora, only to be reborn as a literal phoenix.

What we can take from all of this is that a good intention or even an interesting plot idea is only as good as its execution, and sometimes, that means more than a great song or gorgeous special effects. It can be about how the producers use or don’t use characters and metaphor, and their awareness of their own privilege and position in relation to the cultures and ideas they want to express.