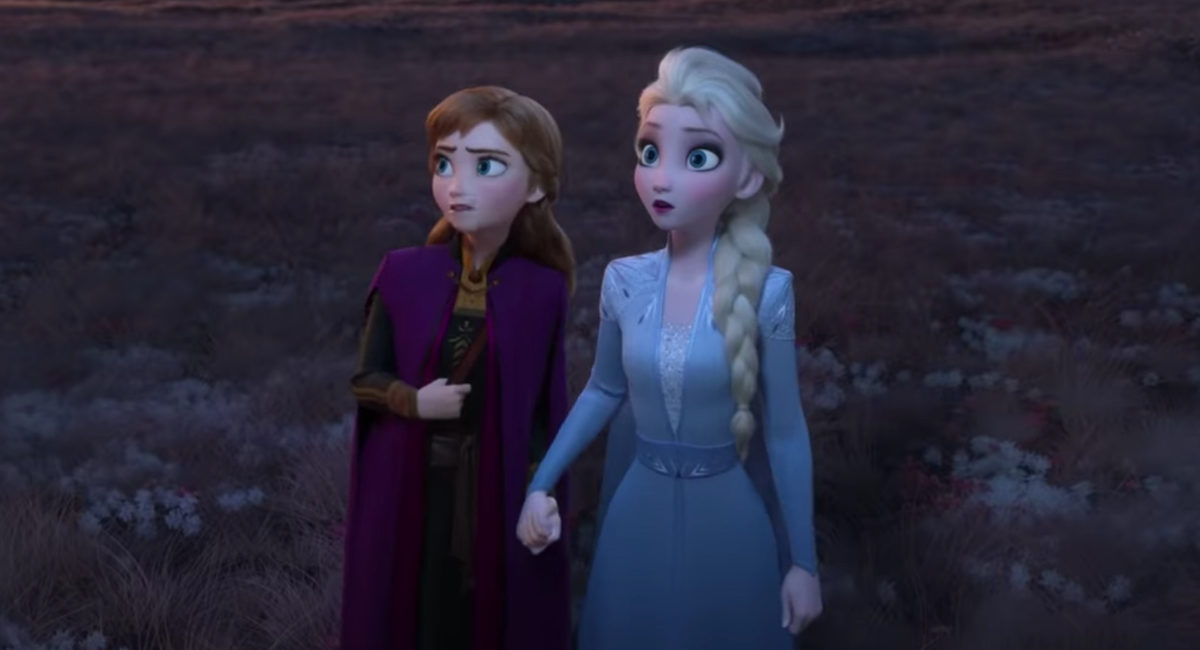 I’m not sure there’s ever been a movie like Frozen II. It’s one of those magical sequels that so far surpasses the original that it makes the first film in the series seem like a mere prologue to an incredible feminine journey into strength and self-knowledge. Frozen II is not only visually stunning, funny and moving, it touches something primal and beautiful that few works of art can.

I know. I know. I’m talking about a Disney movie here. A Disney sequel that was just invented to sell more toys and further brainwash little girls into princess culture…but I’m not bringing that cynism into this. Despite who made this movie or why, it’s a story that didn’t just deserve to be told. It needed to be told.

The original Frozen is, to put it lightly, magic to little girls. Anyone who’s interacted with a young female since 2013 knows this. I know this as the parent of a four-year-old daughter who has been obsessed with Frozen since she was two. Because of that, I’ve rewatched Frozen a lot. And I’ve had a lot of time to pick apart its flaws (that. stupid. TROLL SONG) and its many strong points. And I’ve had time to consider why that movie is so appealing to girls.

And I came to the conclusion that it’s not just because it’s two princesses (well one princess and one queen) for the price of one, it’s because Anna and Elsa are powerful in extremely special ways. Elsa appeals to girls because she has magic! Magic which comes from her emotional soul. And Anna works because she’s the opposite. She’s ordinary, but she still manages to do something profound out of love.

Frozen II takes everything that worked in Frozen and magnifies it, while at the same time cutting the fat (barely a troll in sight!) and answering the questions the first movie glossed over. Part of this comes from the film’s choice to pick up the dangling threads of indigenous influence left by the first film and weave those into a story about colonialism, magic, and family. We learn a lot about characters from the first film who were barely there and it’s a welcome improvement, even when it comes to Arendelle’s darker past.

The basic plot is that things are pretty settled in Arendelle until Elsa hears a distant, magical voice that compels her to go north, discover the source of her power and save an enchanted forest and the people trapped inside and in doing so, right a very old wrong. That’s the story but what we get is something much deeper than that where both sisters must do their part to rectify the past.

Frozen II is about confronting both the past and the future, through both its heroines. It’s Elsa that has to journey “Into the Unknown” to find who she is and confront the voice calling to her soul. That voice is both literal and figurative and every moment Elsa spends on the journey is compelling. The climax of her quest is one of the most beautiful, cathartic, powerful sequences I’ve seen in a long time. While “Let it Go” was an anthem for self-worth and confidence, “Show Yourself” is a primal, heroine’s journey through darkness into power that left me weeping. 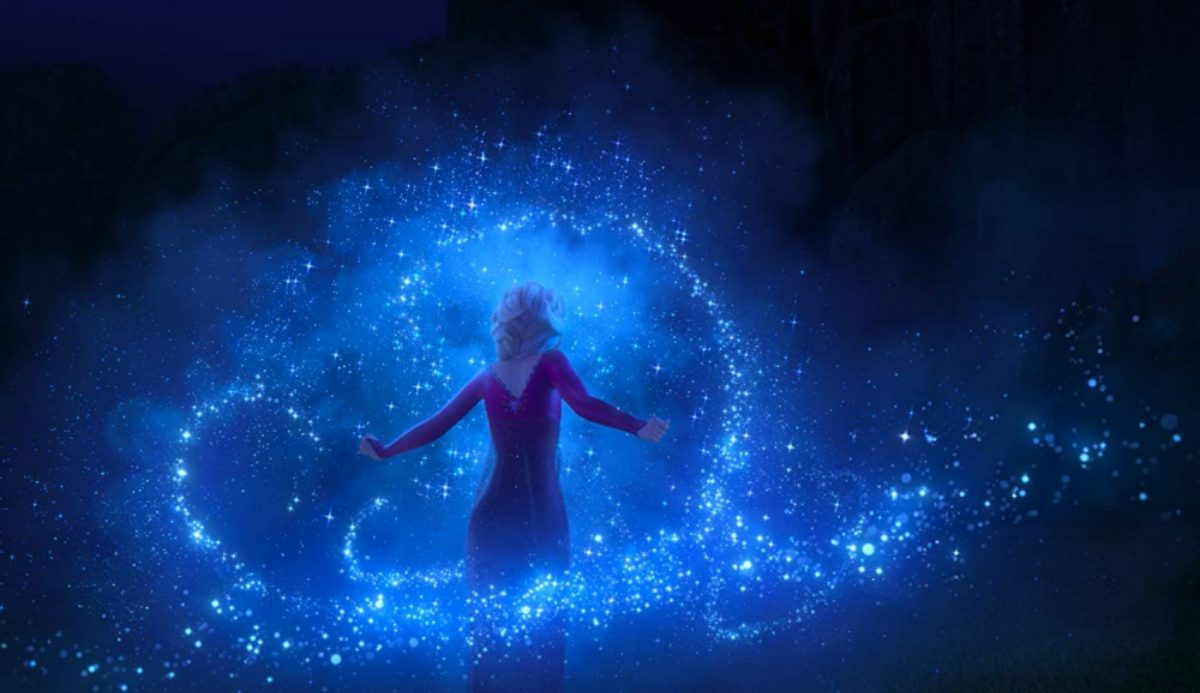 But it’s Anna that faces the darkest moment in the film, (possibly one of the darkest moments in any Disney movie since Bambi) and proves why she’s a heroine too. Anna’s is a less showy character than Elsa. She’s just a person, not a powerful Snow Queen…but she’s good and true and it’s that goodness and determination to do the right thing that saves the day.

It’s incredible to consider the one-two punch of female determination that Frozen II manages, but it happens. Elsa and Anna grow because they are brave in different ways, and they succeed (it’s not a spoiler to tell you there’s a happy ending) because they have to courage not just to confront themselves, but to keep moving through the darkness.

Technically, the film is magnificent. The animation is so beautiful, from the autumnal colors to the dreamy, magical sequences to the utterly incredible water and ice effects. I want to live inside the colors and textures of this movie, I love it so much. The only problem is that it makes to original look like a screensaver

The music as well is great, and, to return to a theory I posited earlier this month, music is used in profound, powerful and very feminist ways. Anna and Elsa both achieve their big moments with song, but Kristoff (Johnathan Groff) also gets a cute power ballad of his own and Olaf gets a sweet, silly song to shine as well. Speaking of Olaf and Kristoff they also have pretty great emotional arcs through the film that are incredibly satisfying and moving.

I wish we had a bit more time with the new characters, like Mattias and the Northuldra people, but I’m completely convinced that Honeymarren of the Northuldra is a subtle concession to the “give Elsa a girlfriend” demands and…I’m cool with it. We’ll talk more about Elsa’s queer coding in another post, but suffice it to say, Elsa has a pretty sweet moment with Honeymarren and doesn’t express any interest in men, so I’m taking that as a win.

I will have a lot more to say about this movie coming up, how it’s not only quietly queer but powerfully pagan, but for now, I’ll leave you with the most important review: what my daughter thought of it. Not only did she leave the theater dancing and singing, declaring it was the “bestest movie ever!” but she also stood up in the middle of the movie to use her “magic” to save the day along with Anna and Elsa.

This movie made me feel affirmed and seen, but more importantly, it showed a little girl that she can’t only be powerful, but that she already is.