So, Did Disney Give Elsa A Girlfriend in 'Frozen II'? | The Mary Sue

So, Did Disney Give Elsa A Girlfriend in Frozen II? 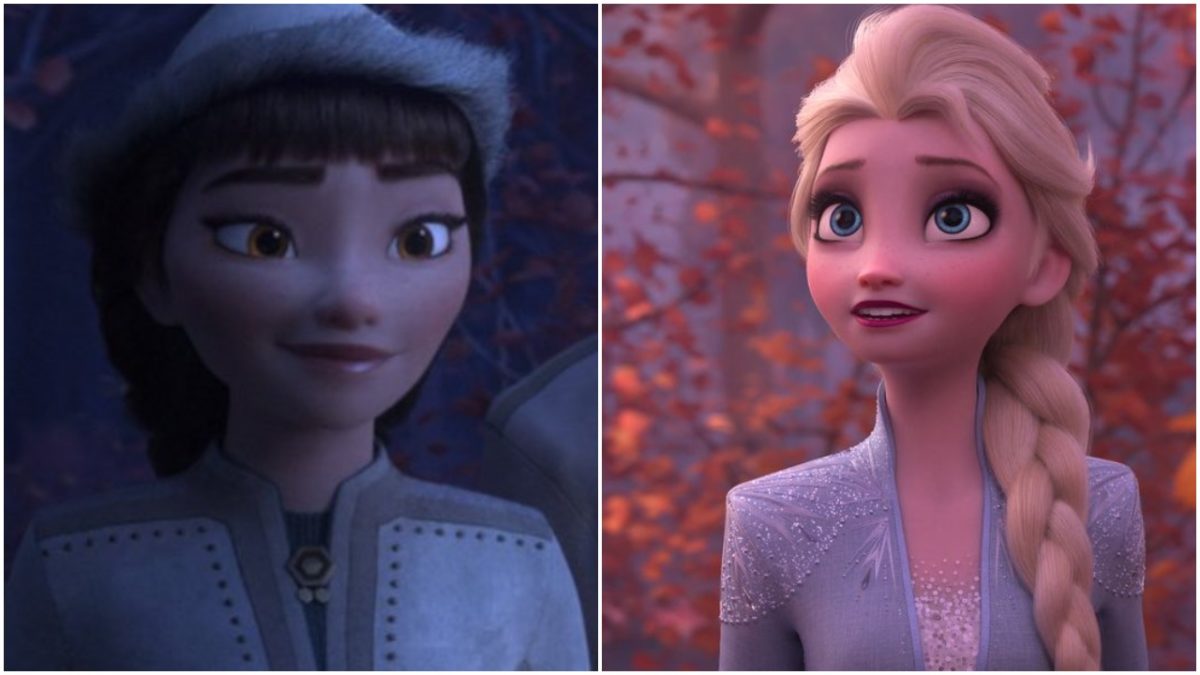 Frozen II is a really wonderful film for kids and adults and a triumph for Disney, but there’s one question on the mind of many fans of the franchise and the studio who have hoped for a long time to see more than just straights in their fairy tales. For years, fans have called on Disney to “Give Elsa a Girlfriend” and now that Frozen II is in theaters, we can finally ask: did they?

Even before it was announced the Frozen II was happening, fans saw something special and a little bit…different about Queen Elsa of Arendelle. No, not the ice powers, something else. Something a little bit queer. Her anxiety about hiding part of herself and the destruction that caused, as well as her fear of rejection and her self-imposed isolation, were all elements that are familiar to those of us who have been in the closet or worried about coming out to our families.

Aside from these tragic tropes that gave way to acceptance, Elsa was a bit camp too, just as much as she was subtly queer. And the fact that she expressed no interest whatsoever in men meant that she became our great queer hope in Disney, despite the fact that there were other princesses of at least ambiguous sexuality (Moana, Merida and Mulan all fall in this category).  As a queer woman and a parent, I certainly hoped for something out of Frozen II when it was announced, if only to have a story to tell my child where she could see her own family reflected.

Given that Disney has made some token attempts to queer up their films, I wasn’t expecting much but maybe something, but what I got in Frozen II was actually a pleasant surprise. Elsa is not an explicit lesbian but she’s not not a lesbian. Good! I can’t tell you that Elsa gets a clear girlfriend in this movie, but she’s definitely even queerer that she was in the first Frozen and kinda has a female quasi-love interest and…that’s not nothing.

From here out we’ll be talking spoiler-y stuff for Frozen II, so, be aware of that.

In the movie, Elsa, Anna, Kristoff and Olaf journey north and meet the Northuldra, an indigenous tribe trapped in an enchanted forest. We learn that Anna and Elsa’s mother, Queen Iduna was Northuldra and, much as her father did back in the day, Elsa bonds with a cute Northuldra girl. This character, Honeymaren, is fun and sweet and she shares a pretty romantic fireside chat with Elsa where they really connect. After Elsa and Anna head further North, the Northuldra fade from the story a bit, but at the conclusion of the film, it’s Honeymaren who convinces Elsa to remain with the Northuldra in a place where she can truly be herself and be free.

That’s…pretty darn gay, in my eyes. But then again I’m the kind of person who’s accustomed to finding queer subtext in my movies and television. Elsa never says she’s into girls…but she never denies it either, and I reject the heteronormativity that holds everyone is straight until proven otherwise. There’s serious sparks between these two women and that’s a choice the filmmakers made. People shipped Elsa and Honeymaren from the second Honeymaren showed up in the trailers and there’s nothing in the movie to dissuade someone from that.

So, Disney did sort of give Elsa a girlfriend, they were just sly about it and kept things ambiguous for the folks without gay goggles on. I’ll take it.

Honeymaren aside, Elsa’s journey to complete self-acceptance and truly embracing what makes her different and powerful is a deeply queer narrative. As she embarks on a journey to accept herself, surrounded by queer purples and pinks, she’s an avatar for anyone who has felt different and lonely because of their differences. And in what’s perhaps the most powerful aspect of this movie for a queer audience, Elsa’s ultimate power doesn’t come from the self-hatred and anxiety that dominated her in the first Frozen, but from profound, transformative self-love.

Whether Elsa’s possible queerness is “enough” is something we can argue endlessly. I know some people want more and respent Disney for playing both sides of the field. I appreciate critics how Emily VanDerWerff of Vox explored why Elsa appeals to queer audiences and why she believes Disney is only nodding at that. Disney has to sell their movies in a worldwide market where overtly queer characters will get a movie banned and that sucks.

But a lot of progress isn’t big leaps, it’s small steps. The way Frozen II portrays Elsa is really beautiful and I sincerely believe that her relationship with Honeymaren and the lack of a male love interest for her were intentional nods to the “give Elsa a girlfriend” crowd and, call me a shill or a fool, but I’m happy to take that win.

We had to have Xena before we had Batwoman. We needed Rocky Horror before we had Schitt’s Creek. The history of queer representation is one of subtlety and subversiveness and slow, frustrating progress…but it’s still progress nonetheless. The very idea that Disney even listened to us a little bit to the calls to make Elsa queer is huge and it gives me hope that maybe if we ever get to Frozen III, Elsa will get to smooch a girl.

But even if that never happens, I know I’m not alone among queer people in seeing myself in Elsa, and we won’t ever let that go.