Review: Aquaman Is a Wildly Adventurous—if Predictable—Romp Under the Sea

3 out of 5 golden tridents. 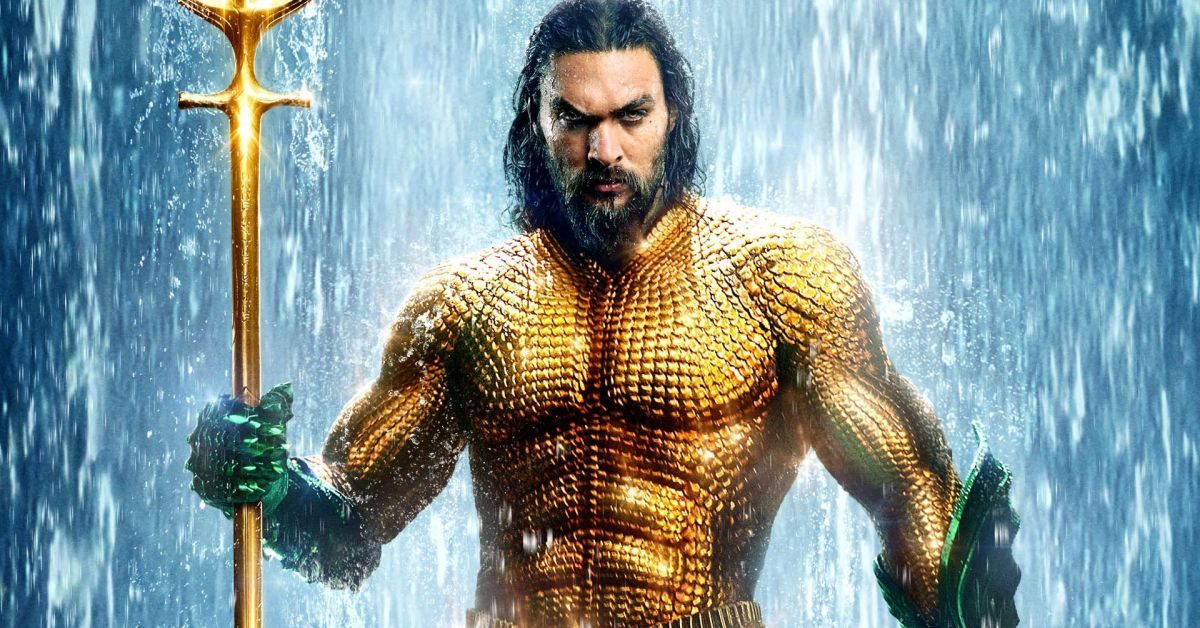 ***Some spoilers for Aquaman ahead***

Aquaman has its heart in the right place, which makes me inclined to go easier on it than the exasperated eye I’ve turned on the DCEU’s dark, moody, broody superheroes of the past. This isn’t a movie that takes itself all too seriously, reflective of its hero, the smirking, swaggering, good-guy-bro Arthur Curry, played by Jason Momoa.

Momoa has the physical presence and raw charisma to make Arthur likable, which is no easy feat. Arthur is not particularly quick on the uptake, nor given to any kind of nuance; at one point he refers to himself as a blunt instrument, and he’s right. But by Poseidon, do you want to have a beer with him. Aquaman is by far the coolest superhero to grace our screens from any studio so far, quite the accomplishment for a character long derided as the epitome of uncool in the comics.

Arthur starts out as the hero of the thing by heritage—he’s the rightful King of Atlantis, we’re told again and again, because he’s the firstborn son of Queen Atlanna (Nicole Kidman, seeming to relish her role in this silliness), and her forbidden romance with hunky land-dweller and lighthouse keeper Temuera Morrison (the legendary New Zealander, Jango Fett himself, is a fitting choice). While the film is obsessed with Arthur’s birthright, that’s never the most exciting element to base heroism on, so Aquaman sets about proving its main man worthy through the course of many trials. Many, many trials.

Aquaman is much longer than I expected and longer than it needs to be, getting bogged down in unneeded side plots, enough undersea clashes and schemes that you start to feel exhausted even with the attendant stunning visuals, and a script that can be leaden and clunky, over-given to exposition and mystical oceanic gobbledygook. Far too often things just explode—literally—out of nowhere to get the action moving on to the next scene.

If you’ve seen movies before—any movies at all—you know exactly how 3/4 of Aquaman‘s scenes will play out; there were quite a few times when I spoke dialogue aloud before the characters did, only to have them echo me verbatim. Because of this predictability, the stakes never feel as real or as high as they could. Yet even at its most predictable, Aquaman is playful with long-established tropes, and it ticks all the boxes with flair and fun.

Here’s the long and short of it plot-wise: Arthur Curry seems to spend his days breaking up crimes on the high sea, which puts him in the path of a ruthless pirate who becomes known as Black Manta (the fiercely dynamic Yahya Abdul-Mateen II, who deserves more to do here than B-string villainy). Arthur has a run-in with Manta and his crew that is damning in its moral implications, and in a way, the movie is about showing his turnaround growth from that moment on.

The world is sort of hip to Aquaman’s existence post-Justice League (the League itself is nowhere to be found), including conspiracy theorists spewing their Atlantean ideas Alex Jones-style. Arthur appears inclined to just hunt pirates and chill. But far beneath the waves, his half-brother King Orm (Patrick Wilson, demonstrating that a good actor can stay straight-faced with even the most ridiculous lines) wants to wage a war on the pesky, ocean-poisoning surface dwellers.

While Orm seeks to violently unite the undersea kingdoms to raise the army necessary, Princess Mera (Amber Heard, who steals the whole damn movie) is on a stealth mission to recruit Arthur to seize the throne with the help of a powerful weapon that is definitely not Excaliber in trident form. Also swimming around is Arthur’s old mentor, the royal vizier Vulko (played by Willem Dafoe, so you never know which way he’s gonna go).

Heard’s Mera is the saving grace of Aquaman, and the movie’s consistent surprise and delight. The actress manages to stay engaged and serious whether she’s riding on a killer whale or wearing fancy dress comprised of glowing jellyfish. She’s incredibly badass and confidently powerful, a love interest for 2018 that changes the game on what a love interest can do. Mera never sits idly by. She saves Arthur again and again, often from his own thick-headed blundering. I’d say that Mera is more of a sidekick than a love interest for most of the movie, only she’s Arthur’s equal and then some. Without Mera’s help this movie doesn’t happen, period.

Arthur would drown in two feet of water without her

Throughout Aquaman, I was moved the most by the knowledge that kids would get to see a female heroine whose name is not in the title who uncompromisingly does what she wants, follows her heart and defies convention, and is more than a match for men and fish-men in combat. Kidman’s Atlanna is also a strong, fearless fighter; in short, Aquaman‘s women get two thumbs way up, though it would be great if there were more of them, and more diversity therein. 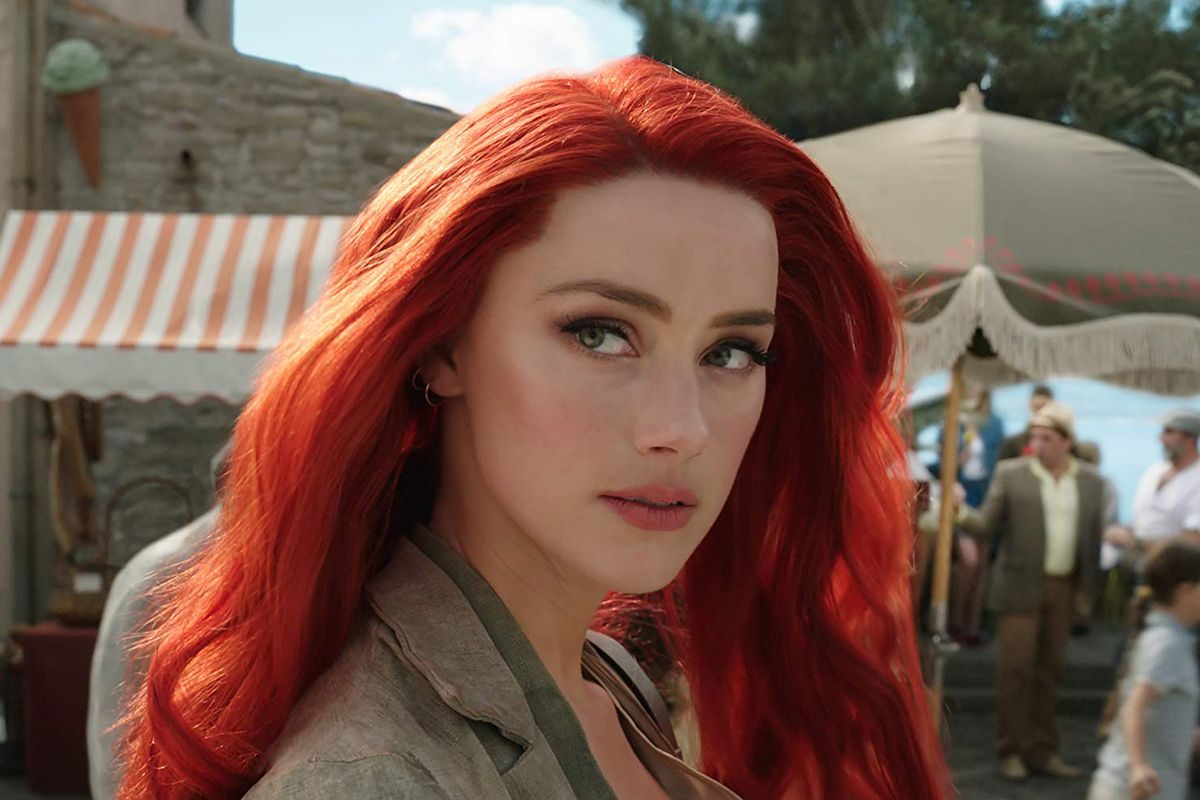 Wonder Woman, still the DCEU’s best movie but now joined by her jovial aquatic brother-in-arms, showed with Steve Trevor that you can have a love interest with the depth of character and personal resources to require little rescuing, who exists apart from the hero; Aquaman finally gives us a female love interest who’s allowed to do the same. I’d argue that Peggy Carter was cut from the same cloth, but Peggy didn’t get to accompany Steve Rogers on all of his missions and bail him out from his worst decisions. Mera is along for the whole ride. And that ride is speeding fast and just might be a giant iridescent seahorse you can ride into combat.

Director James Wan, best known for his work in horror like Saw, Insidious, and The Conjuring, also earned his action credentials with The Fast and the Furious’ Furious 7, and his combined talents are here in full effect. There are genuinely suspenseful and even scary moments, and the action proceeds at a rapid-fire pace.

The visuals are like nothing audiences will have seen before, with vastly detailed undersea tableaus and fully realized worlds and creatures beneath the surface. While the CGI isn’t always seamless, and is sometimes laugh-inducing, this is new and often jaw-dropping enough that it doesn’t matter. Arthur and Mera’s visit to the trenches alone sets a standard for visuals in superhero films that it’s difficult to imagine will be matched until their next adventure.

Aquaman has already made more money in China in four days than Justice League’s entire box office run. This movie is going to be a smash hit, and there will be more of them. That it’s primed to take over the world is a promising sign of the less-dour direction DC/Warner Bros. is headed in, and the importance of this film being helmed by and starring men of color cannot be overstated.

I would watch Arthur Curry splash around throwing punches twenty times rather than return to a color-drained and depressing cityscape where the hero is sad and mad. Aquaman may be preposterous and as heavy-handed as its title character, but it’s an effective way to turn off your brain for a few hours and see where the tides take you.