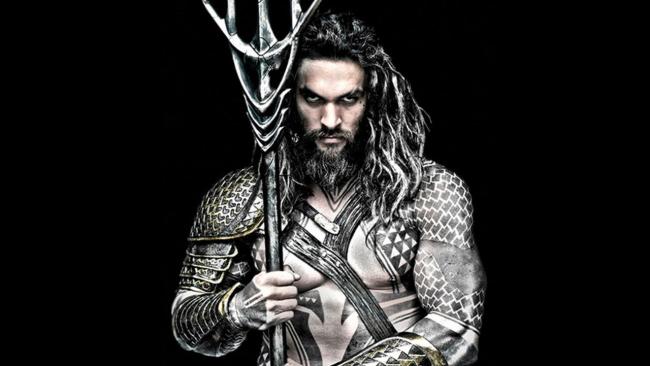 Sure, the DC movie universe hasn’t exactly wowed us so far, what with Batman v Superman and Suicide Squad having received lackluster reviews from us here at The Mary Sue, and from many other film critics elsewhere. In spite of that, we’re still super excited to see Wonder Woman, and we’re also intrigued by Jason Momoa’s upcoming solo turn as Aquaman.

Momoa already had a very brief debut as the character in Batman v Superman, but we haven’t yet had a chance to really see his twist on the role. Our first real glimpse of the character will occur in Justice League, which will also introduce us to Amber Heard as Mera, Aquaman’s wife and the queen of the sea. Justice League will come out on November 17, 2017, so it’ll probably be your go-to Thanksgiving movie next year… assuming it’s any good (fingers crossed).

We’ll have to wait significantly longer for the Aquaman solo film, whose official release date according to Variety is now October 5th, 2018. The film hasn’t actually begun shooting yet, but it will begin production in Australia next year. Given that location, I guess Aquaman’s kingdom will be in the Pacific, which makes sense from a meta-narrative standpoint, since Jason Momoa himself hails from Hawaii and is of Native Hawaiian descent.

This all means it’s fair to assume Aquaman will feature a whole lot of stunning Pacific ocean vistas–and perhaps even a cameo from the Great Barrier Reef, which is off the coast of Australia, and a natural wonder that deserves a turn in the spotlight… and perhaps some protection from Aquaman.

(via Variety, image via Warner Bros.)