The Great Barrier Reef Is NOT Dead, Actually, and Scientists Want You To Stop Sharing That Obituary 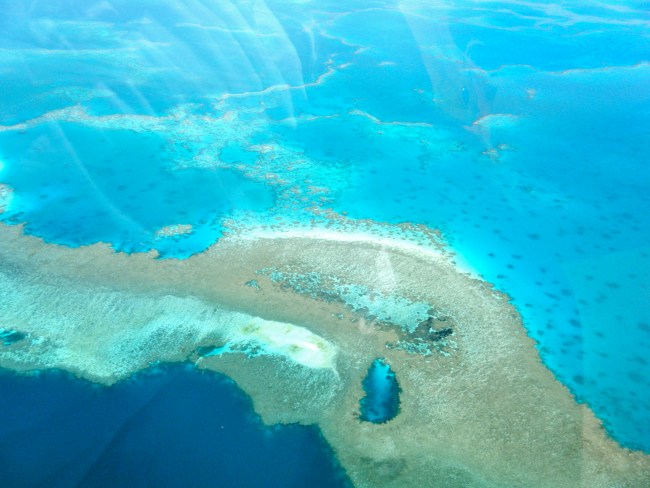 Normally, I try not to fall into the trap of seeing just one scientific article and automatically believing whatever claim gets made in the headline. But I did fall for this one, and based on how many times I’ve seen it shared since yesterday, it’s likely that you did too, so it’s time for all of us to get our heads on straight! Outside Magazine recently published an “obituary” for the Great Barrier Reef, and according to the current tally at the bottom of their post, it’s been shared 1.21 million times. That’s too bad, because according to experts, it’s not true.

The Great Barrier Reef has undergone some significant struggles in the past few years, and a percentage of the coral on the reef has indeed died. 93 percent of the reef has been affected by coral bleaching, which doesn’t necessarily mean those parts of the reef are dead, but does mean that it’s dying? Coral bleaching can occur when water gets too warm, which has been happening more often due to climate change and storms like El Niño. The Great Barrier Reef Marine Park Authority conducted a survey and found that 22% of the coral had died from coral bleaching, but the rest of it could still recover. In any case, the reef is definitely not dead. Not yet, anyway.

Several experts spoke to Huffington Post about their thoughts on the reef, with many voicing their concerns over the hyperbolic “obituary” that Outside Magazine published. The obituary included lots of misinformed quotes, like this one: “No one knows if a serious effort could have saved the reef, but it is clear that no such effort was made.” Actually, it very clear from the words shared by experts in Huffington Post’s follow-up that, in fact, many efforts have been made to study the reef and to determine what must be done to save it and other reefs around the globe.

Greta Aeby, who is a coral expert who works for the Hawaii Institute of Marine Biology at the University of Hawaii, didn’t entirely disapprove of the obituary, since she hoped it would increase awareness about the problem. However, it’s certainly worth noting that she has already been part of the efforts to help reef conservation. In her words,

“As a coral biologist who has been working for a decade and a half to understand the reefs problems, and let reef managers and others know what the problems are so they can be addressed, I can tell you it is a very frustrating and heart-breaking job. So maybe an article like that is what is needed … although I doubt if it will really make a difference.”

Aeby described one of her experiences surveying a dead reef near Hawaii’s Coconut Island, and ended up “literally sobbing” into her facemask while investigating the reef’s state. For Outside Magazine to say that “no effort has been made” therefore seems like an irresponsible generalization, in light of the fact that many experts and scientists have been struggling to save these reefs for their entire careers.

Outside Magazine also claimed that “no one knows” what could be done for the reef, but actually, many recommendations have been made as to what could be done to help the reef. There are specific steps that can be taken to improve water quality in the area; they are expensive, but solutions have been calculated and proffered. In addition to increasing water quality for areas that support aquatic life, stopping climate change is also a dire necessity—not only to save natural icons like this reef, but to save our entire planet.

Russell Brainard, who works as the chief of the Coral Reef Ecosystem Program at NOAA’s Pacific Islands Fisheries Science Center, believes that Outside Magazine’s article may have actually done harm. He told HuffPo that he feared the reaction to the obituary would be: “If there’s nothing that can be done, let’s not do anything and move onto other issues.” Giving up on the reef, and on the larger issue of environmental conservation, is dangerous.

Even if you don’t care about the planet and you only care about capitalism, the reef’s demise should still be a huge concern. Terry Hughes, director of the ARC Centre of Excellence for Coral Reef Studies, pointed out that “the Great Barrier Reef… supports 70,000 jobs in reef tourism. Large sections of it (the southern half) escaped from the 2016 bleaching, and are in reasonable shape. The message should be that it isn’t too late for Australia to lift its game and better protect the GBR, not we should all give up because the GBR is supposedly dead.”

So, ignoring the plight of this geographical wonder impacts not only the reef itself but also, the careers of the people who work to protect it and to ensure that visitors can enjoy seeing its glory.

Reading about climate change is always disheartening and overwhelming; climate change scientists have reported experiencing significant psychological distress due to their jobs. But giving up isn’t the answer. Instead, we should be supporting the people who make it their life’s work to save our planet. Next time you see an article that says we should all just give up, let’s instead try researching a bit more, and supporting the people who still have hope.