Russian Government Declares World Not Ending, Is A Load Off | The Mary Sue

Apocalypse No: The World Will End When Only The Russian Government Allows It To 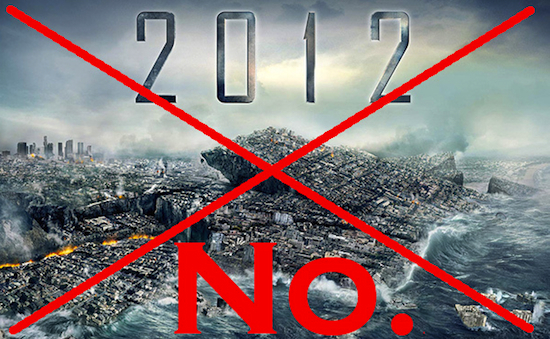 With the purported 2012 Apocalypse only a mere 18 days away, many folks are more on edge than ever. Russia in particular has its hands full trying to calm the public’s anxieties over the Mayan feathered serpent god Kukulkan’s return. Facing widespread panic and erratic behavior among the populace, Moscow’s Ministry of Emergency Situations has come forward and declared that, no, there will not be a world-ending cataclysm come December 21st. Leaving us to ask, fine, but says who?

By nature, Russia is a country renowned for its firm belief in the mystical and otherworldly, so it may be only natural that the people get their babushkas in a bunch over the 2012 doomsday prophecy. In response to what they believe is their impending doom, it has been reported that citizens are hoarding necessities such as matches, candles, and — if the need for emergency donuts or cookies should arise, and we have every reason to believe it will — sugar. Meanwhile, behind bars, inmates have displayed, as analysts have come to label it, “collective mass psychosis.” That said, if we were in a Russian jail, we probably wouldn’t be in our right minds for long, either, so, y’know, context helps.

And for reasons that remain to be seen, the people of Chelyabinsk constructed an archway made entirely of ice in the style of Mayan architecture and design. Officials are still trying to figure this one out, but we trust that the people behind the archway’s construction know what they’re doing. Or, at least we trust that what they’re doing is no danger to anyone else. If a massive flying serpent charges through the archway from some dark nether realms later this month, we will be proven wrong. Also, we will be terrified.

Not wishing to see the people of Russia give themselves a widespread case of stress-induced ulcers, however, the Ministry of Emergency Situations announced that based on the monitoring of earthly activity, there is no indication of a sudden upheaval in environmental  conditions to suggest that Earth is on the precipice of imminent destruction. To alleviate fears from here on out, the ministry suggested that the people relax their tense minds by thinking of more viable threats to Russia’s well being, namely blizzards and the loss of heat or electricity. There, don’t you feel better now?

(via Daily Mail, image via thebadastronomer)