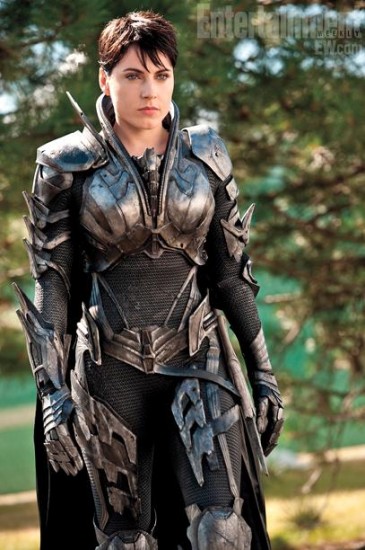 The last time we got a good look at Antje Traue’s full costume in Man of Steel it was on an action figure. And the other day we got a tiny look at the top of this picture and some kind of weird Kryptonian head-hologram. But here’s Traue in Faora’s lovely full suit of armor.