View of the 2012 Annular Eclipse From Space | The Mary Sue 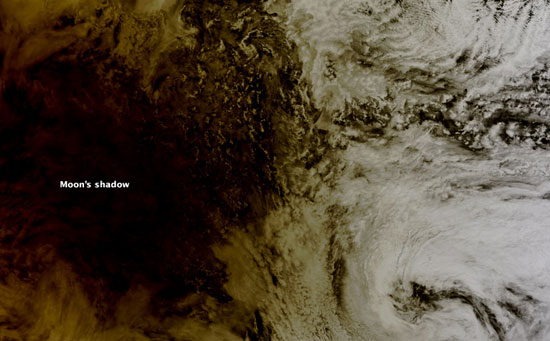 While people on Earth were looking up to see the moon pass in front of the sun during last weekend’s spectacular annular eclipse, astronauts and satellites were looking down. What they saw was decidedly less dramatic than a fiery ring around the black disk of the moon, but no less awe-inspiring. Instead, they saw the shadow our lunar neighbor cast.

The image above was taken from NASA’s Terra satellite with its Moderate Resolution Imaging Spectroradiometer. The center of the shadow, conveniently labeled in the image above, shows the area on Earth where the eclipse was most complete. Of course, during an annular eclipse the moon only partially blocks out the sun — in this case, leaving about 6% of our star visible.

Another view of the eclipse was captured by astronaut and noted shutterbug Don Pettit aboard the International Space Station. While the shadow is a little harder to discern in his picture, the brighter colors and sense of scale more than make up for it. 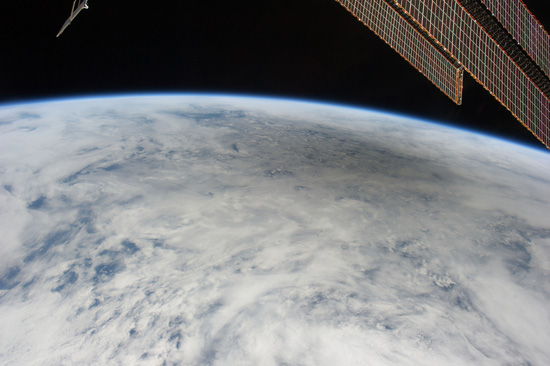 Here’s a fun little existential mind blower: Eclipses have been going on for as long as the Moon and Earth have existed, and have been a part of human culture for as long as we’ve been around. But it’s only been within the last 50 odd years that a view like this has been posible.