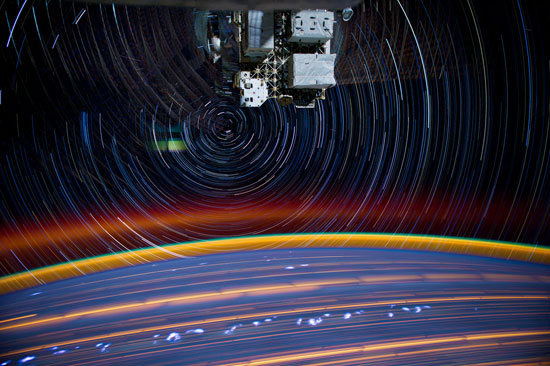 NASA astronaut Don Pettit, in addition to being flight engineer on Expedition 31, is also something of a gifted photographer. Aboard the International Space Station, Pettit began a series of long-exposure photographs from various locations on the orbiting outpost. Perhaps it’s telling that the team chose a Starry Night-inspired background for their group photo because the resulting images are stunning.

Pettit writes that in order to get these amazing images, he had to use a few camera tricks. From NASA:

My star trail images are made by taking a time exposure of about 10 to 15 minutes. However, with modern digital cameras, 30 seconds is about the longest exposure possible, due to electronic detector noise effectively snowing out the image. To achieve the longer exposures I do what many amateur astronomers do. I take multiple 30-second exposures, then ‘stack’ them using imaging software, thus producing the longer exposure.

The image at the top of the post, for instance, has 18 stacked images. The one immediately below — which features a Russian Progress ship to the right — is comprised of 47 images. The last photo in the series, taken from within the station’s Coupola, has 46 images. 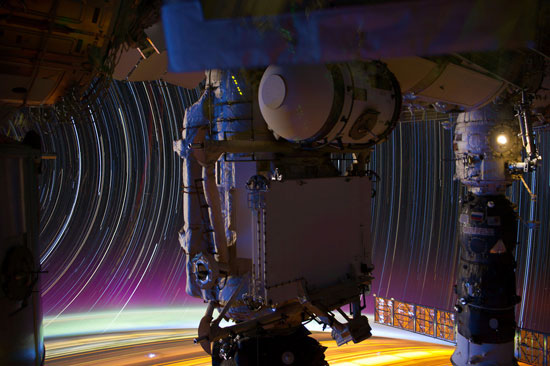 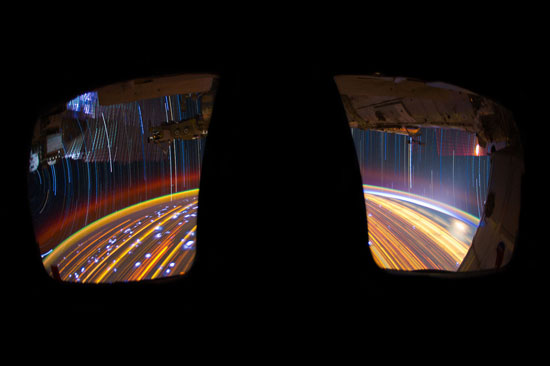