Photograph of Red Moon During Lunar Eclipse | The Mary Sue 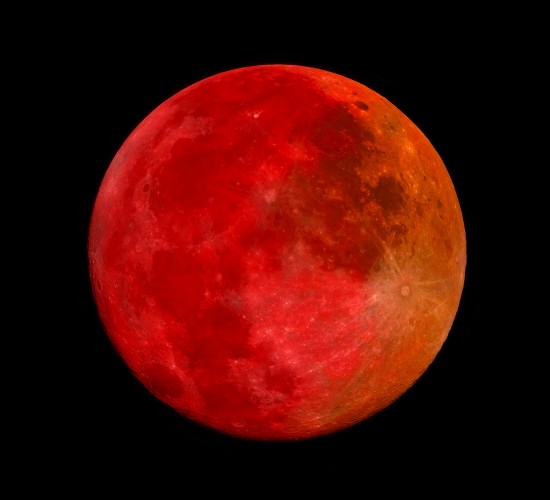 This spectacular image by photographer Joseph Brimacombe shows the moon in a startling bl0od-red color this weekend during a total eclipse. The Universe Today explains the coloration this way:

The red tint of the Moon during an eclipse is caused by sunlight passing through Earth’s atmosphere, in effect projecting the colors of all the world’s sunsets onto the Moon’s near face.

To get such a vivid image, Brimacombe created a hybrid image, using photos from both before and after the eclipse.